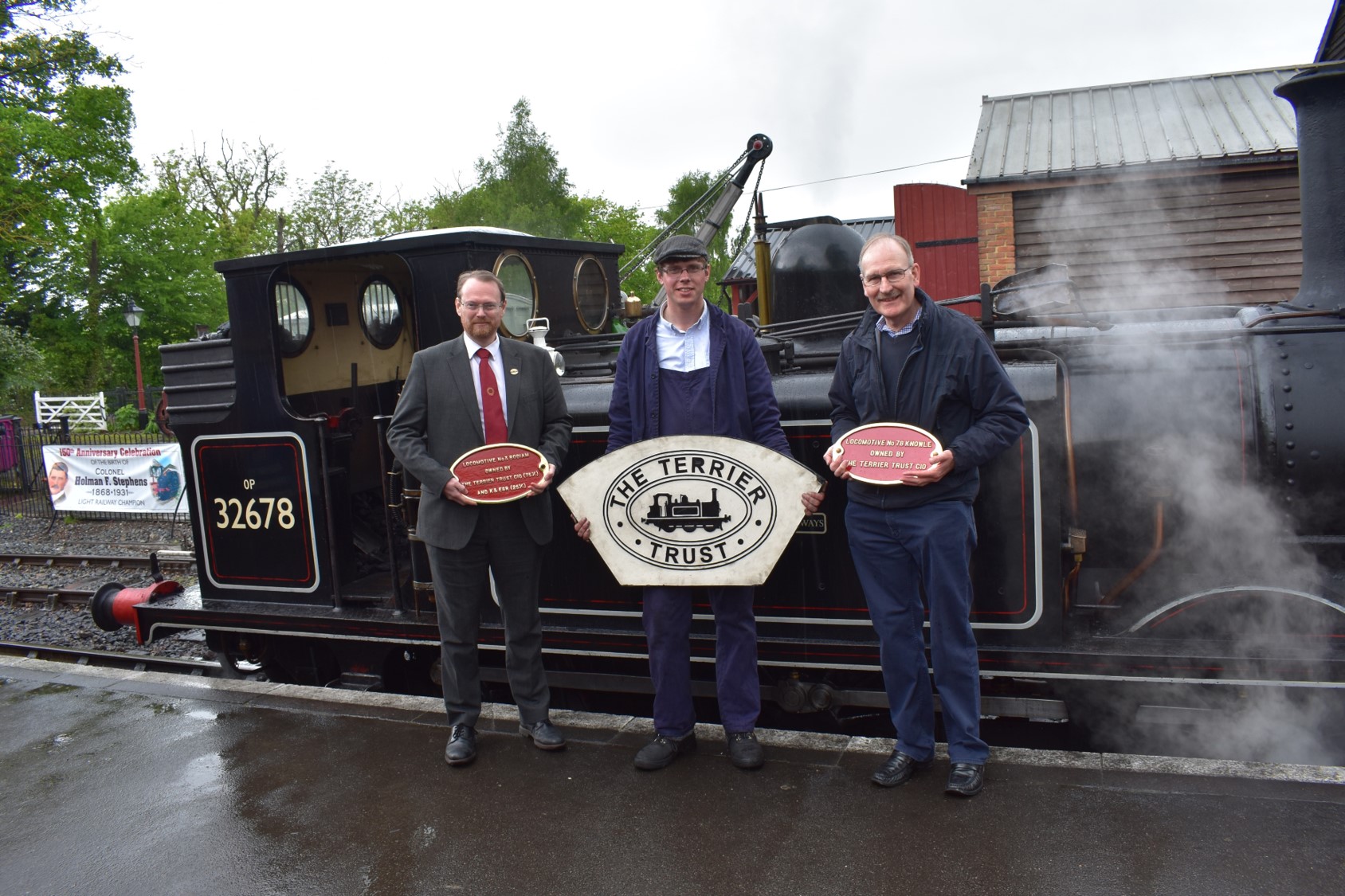 On 12th May 2018, there was a celebration of the 150th Anniversary of the birth of Colonel Stephens who was the Engineer, Locomotive Superintendent, and Managing Director of the Kent & East Sussex Railway. As part of the celebrations, a short ceremony marking the conversion of the Terrier Trust to a Charitable Incorporated Organisation (CIO) and the recent signing of new agreements between the Trust & K&ESR was  performed by Tom White, Chairman of The Terrier Trust CIO, and Ian Legg, Chairman of the K&ESR, at Tenterden Town Station.  The agreements secure the long-term working future of the two locomotives onthe K&ESR.

Colonel Stephens purchased a number of ex-LB&SCR Terrier 0-6-0Ts for use on his minor railways, appreciating their light weight, lively performance and, as importantly, their relatively low cost when purchased second hand after 30 years’ service.

In 1901, one of the first of the class, No 70 ‘Poplar’, was purchased by Colonel Stephens for use on the Rother Valley Railway, which at that time was still under construction and soon after completion became the K&ESR. Thus began this line’s long association with Terrier locomotives. The locomotive was renamed ‘Bodiam’ and became number 3 on the line’s roster and, through a number of fortunate circumstances, it was preserved and remains on the K&ESR. The Terrier Trust CIO owns 75% of ’Bodiam’ with the K&ESR owning the remaining 25%. 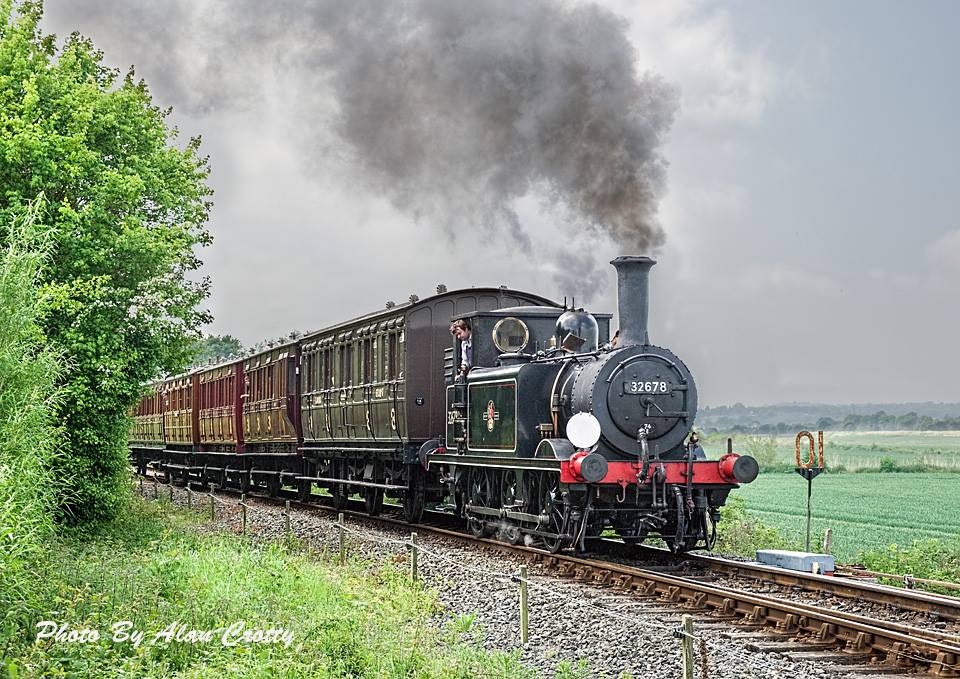 The second Terrier on the line is wholly owned by The Terrier Trust CIO. This is ex-L&BSCR No 78 ‘Knowle’, currently running as BR 32678, that first come to work on the K&ESR in 1940 and has the distinction of sharing in the working of the last passenger trains on 2nd January 1954. This locomotive was standing at the platform during the ceremony, which confirmed a new milestone of the history of both Terriers with such historic associations with the K&ESR. New locomotive hire agreements have recently been signed that will see both remain in active service on the line for the foreseeable future. New cast brass ownership plates were displayed that will later be fitted to each locomotive.

After the ceremony, 32678 departed with a mixed train to Bodiam that represented the type of train that travellers would have encountered during the Colonel Stephens era.

The Trust’s second Terrier, No 3 ‘Bodiam’, is currently in store awaiting an overhaul.

In the meantime, why not join The Terrier Trust CIO and support its efforts to keep these two 19th Century locomotives in active service well into the 21st Century?