Terrier 150– a £150,000 programme being compiled jointly by The Terrier Trust and K&ESR to celebrate the 150th Anniversary of the Terrier Class and tell the story of the diminutive yet versatile locomotives has been previewed to Terrier Trust Members and K&ESR staff & volunteers.

The decade-long programme of activities will see Terriers No. 3 “Bodiam” and 2678 overhauled and returned to service. The plucky pair are the oldest in the Kent & East Sussex Railway’s fleet and representatives of a type that has been synonymous with the line for over a century. They are owned by The Terrier Trust CIO* and cared for by the K&ESR. 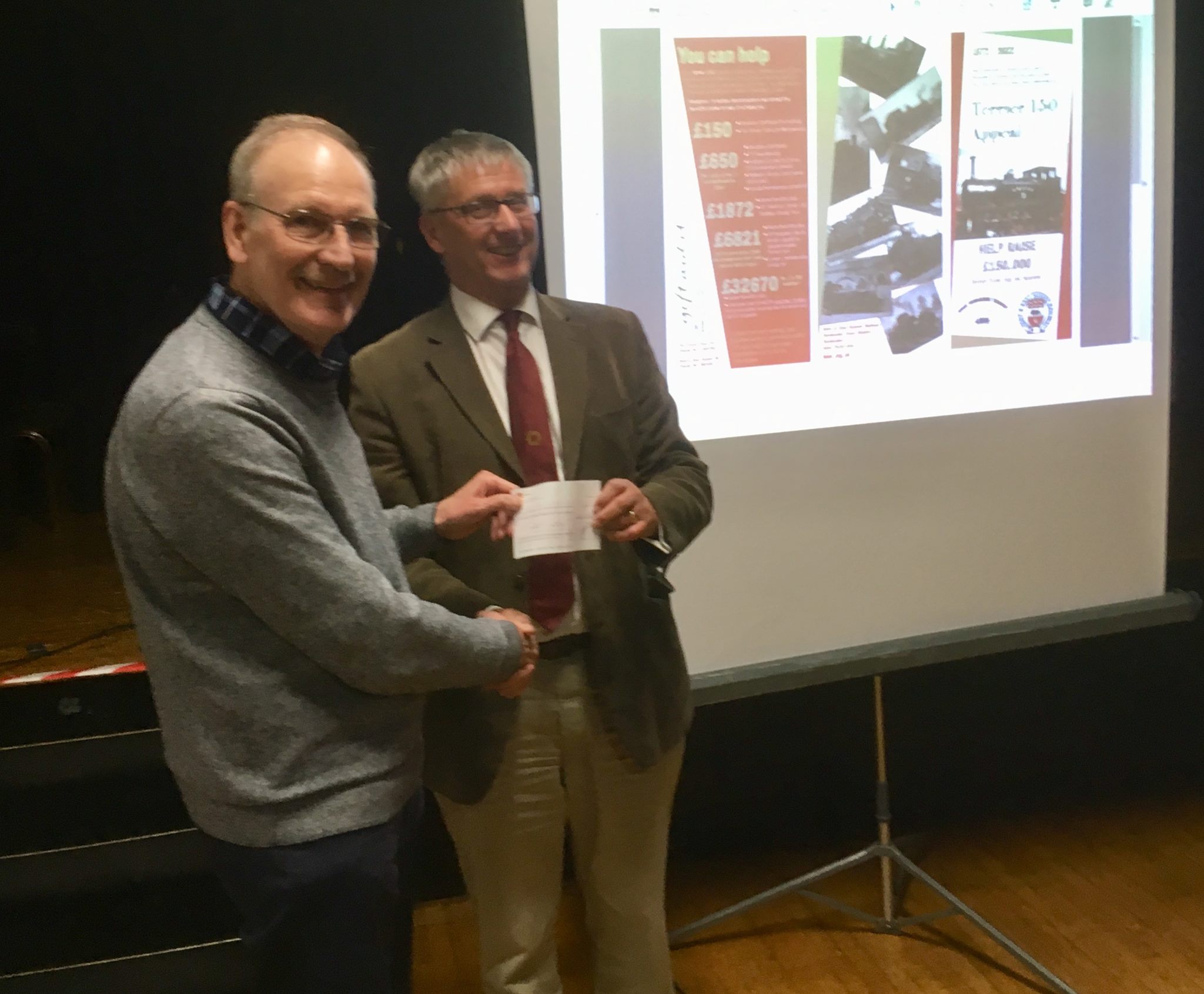 Ahead of Terrier 150 being publicly announced next month, Terrier Trust Chairman, Tom White, presented K&ESR Chairman, Simon Marsh, with a cheque for £15,000 as fundraising efforts were outlined at the K&ESR’s annual staff and volunteers meeting on Saturday 16 March. The K&ESR has contributed a similar sum to Terrier 150 to enable work to start in earnest ahead of the public launch of the appeal.

For further details of Terrier 150 and to help click here.