You are here: Home » News » 2678 on Schedule for Spring Return to Steam

2678 on Schedule for Spring Return to Steam

Shed staff and volunteers at the Kent & East Sussex Railway’s Rolvenden Loco Works are making good progress with the overhaul of locomotive 2678 in readiness for the popular “Terrier” Class engine to make a return to traffic this spring – 80 years after the 1880-built veteran first arrived on the line. At that time she was on loan from the Southern Railway to help cover a temporary shortage of motive power and ended up staying for over 18 years!

The restoration is part of the Terrier 150 project – a decade-long series of activities around the 150th Anniversary of the pioneering Terrier Class locomotives – contributions are needed to ensure the restoration continues apace, as with sufficient resources 2678 should return to service around Easter.

A major milestone was passed on 22 January when the boiler successfully underwent a hydraulic test. This followed the fitting of the newly fabricated smokebox, replacement of crown stay nuts and washers, and the examination of the boiler tubes. The latter were found to be in excellent condition – a result of a retube undertaken in 2017 coupled with the K&ESR’s excellent water treatment regime – and will not need to be replaced at this overhaul. 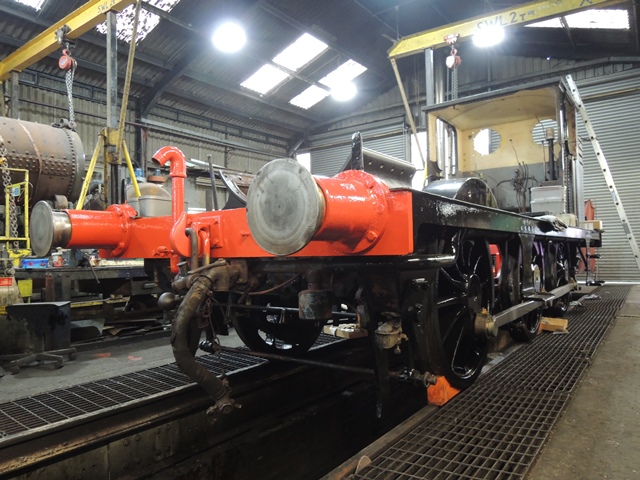 Meanwhile, with the frames having been lifted and axle box pads renewed and, with most of the work on the motion complete, a start has been made on painting the lower parts of the locomotive with the frames, buffers, wheels, cab sheets and the motion itself all receiving fresh coats.

Other tasks that have been finished include the complete overhaul of the reverser, the hand-crafting of new gauge backings, the restoration of the cab toolbox lids and the fabrication of a new cab floor that is now ready to fit.

A steam test is scheduled for later in January after which reassembly will proceed in earnest followed by running in and painting in the Southern unlined black livery complete with sunshine lettering the locomotive sported when she undertook her first K&ESR duties in 1940. 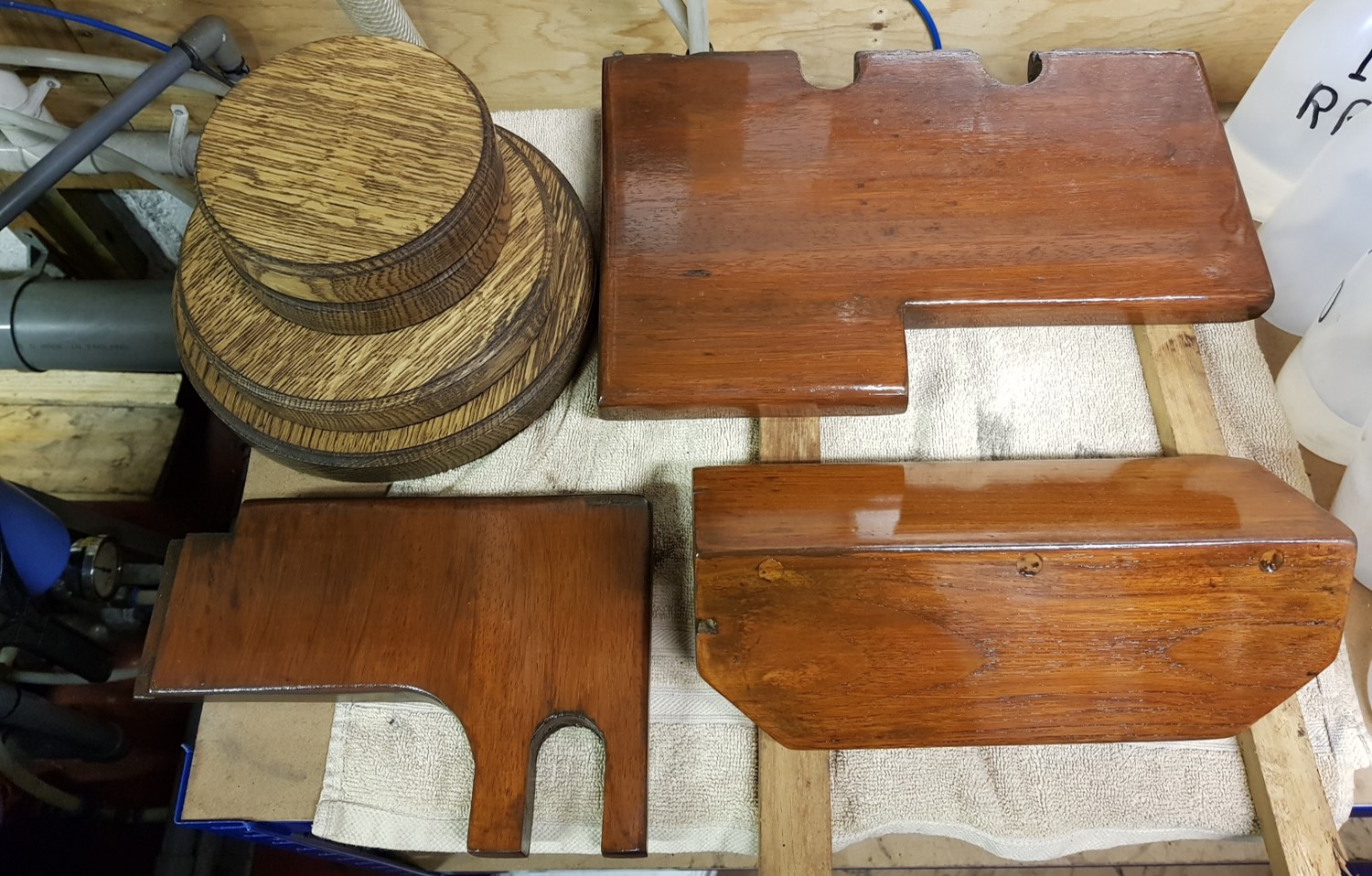 Other aspects of the Terrier 150 project include the restoration of sister locomotive No. 3 “Bodiam” – the first of the class to be constructed in 1872. No. 3 is currently undergoing a heavy overhaul by contractors and is due to return to steam in time for her 150th Birthday in 2022 and will be key to portraying the history of the class.

Over the next decade it is envisaged that both 2678 and No. 3 will carry a variety of liveries to portray their histories and may also appear in the guise of long-lost classmates to depict other aspects of the life of these hard working and versatile engines. Please help ensure these fantastic locomotives steam on by contributing to the Terrier 150 Appeal. 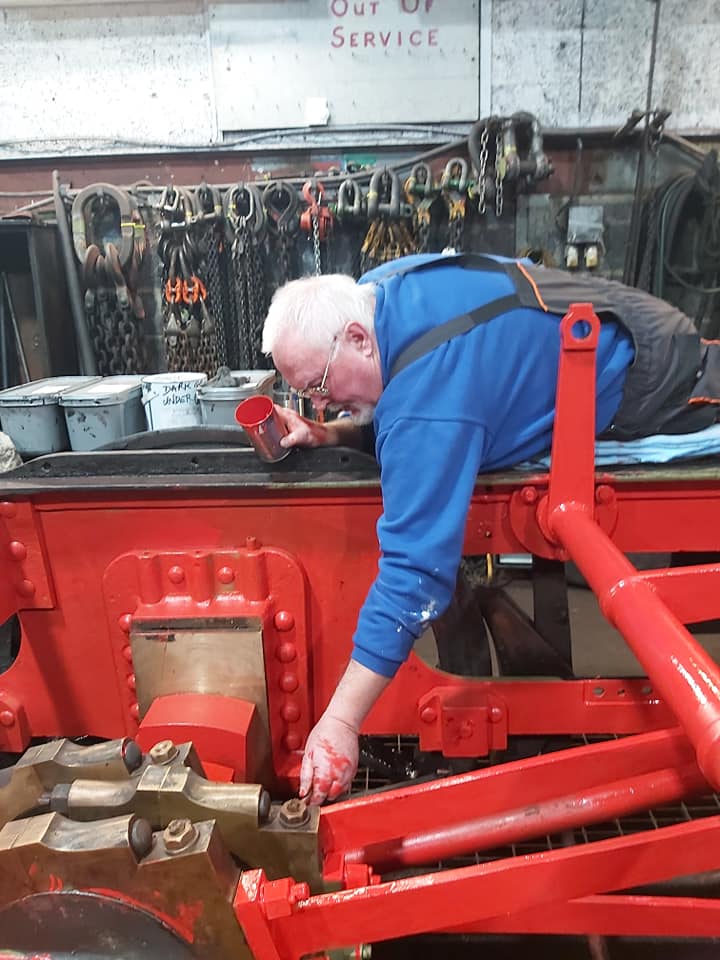 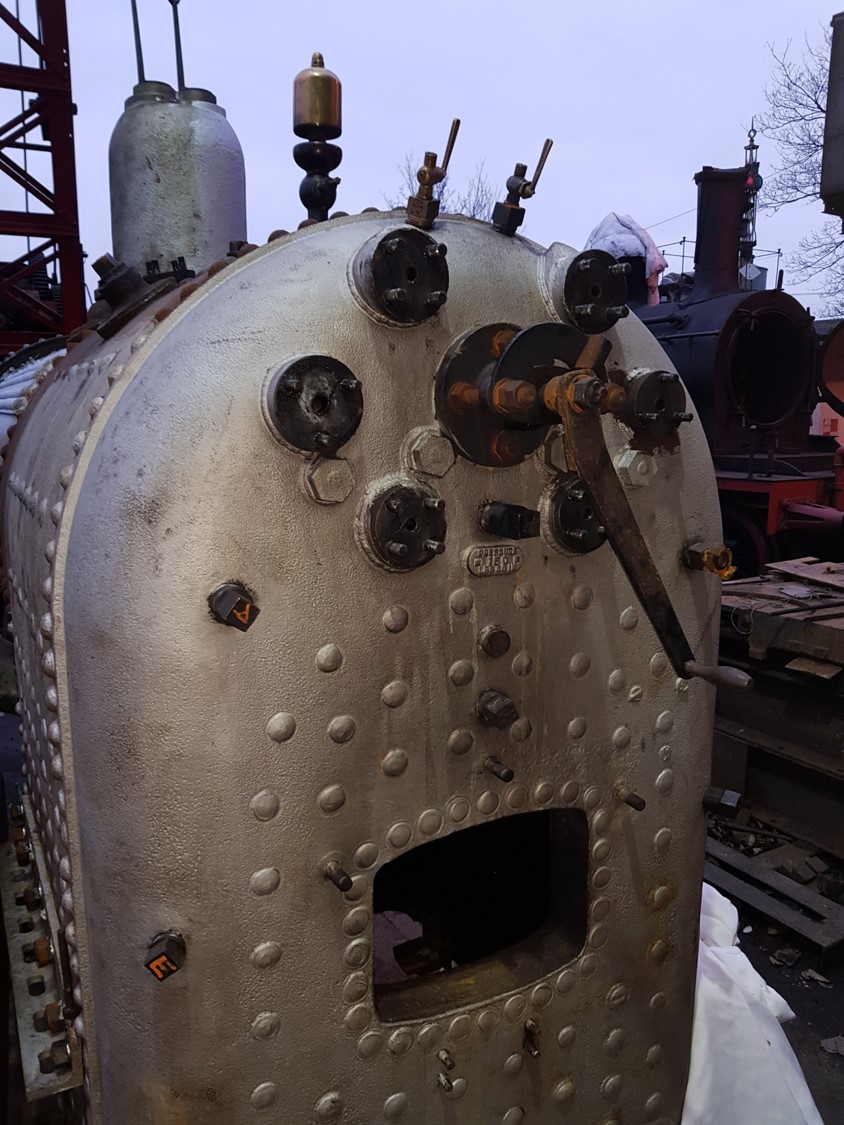