You are here: Home » News » Bodiam to return as No 70 Poplar in Improved Engine Green!

Bodiam to return as No 70 Poplar in Improved Engine Green! 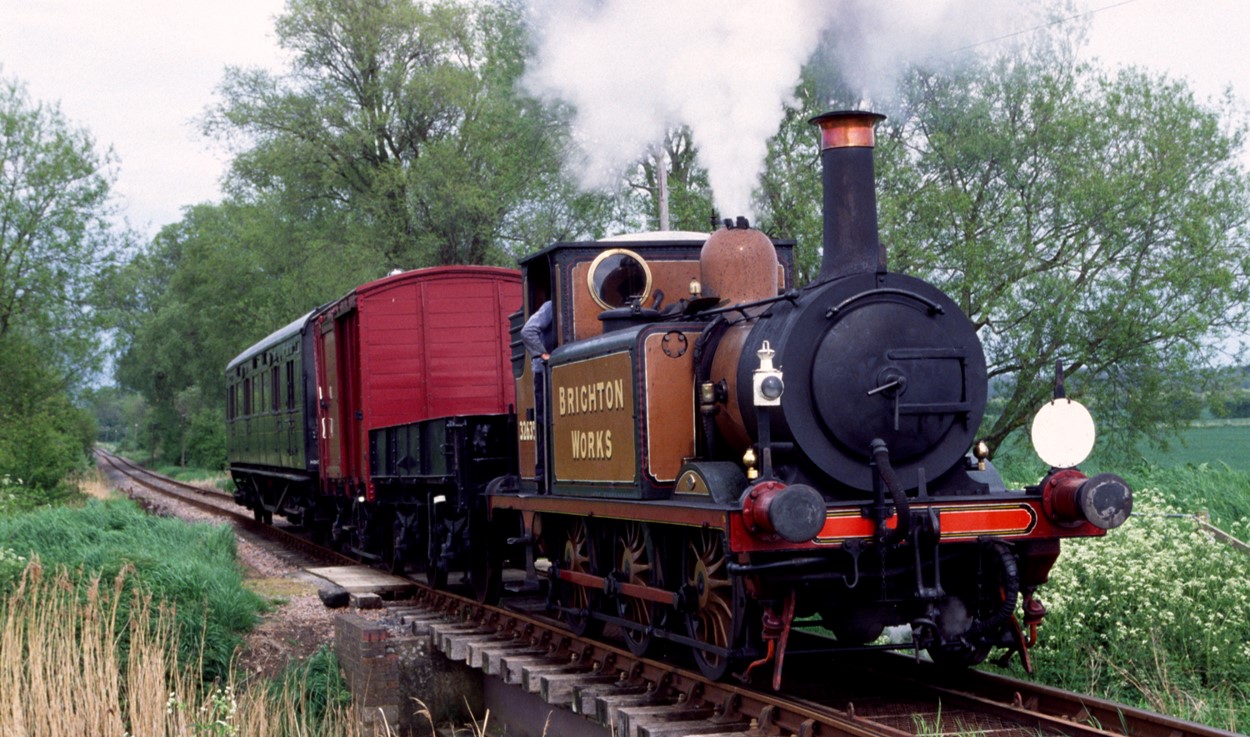 Terrier No. 3 “Bodiam” is set to return to her original guise as LB&SCR No 70 “Poplar” in Stroudley’s striking ‘improved engine green’ livery when she returns to service in time for her 150th birthday in 2022. The bold move is part of the Terrier 150 programme launched jointly by co-owners The Terrier Trust and Kent & East Sussex Railway early last year.

Over £55,000 of the £150,000 target has been raised with Trust spokesman, Graham Hukins, commenting “We need to maintain the momentum with fund raising and ideally slightly accelerate it, so the overhaul isn’t delayed. That way, we can ensure the first Terrier built is in steam to lead the celebrations.” Donations can be made via TerrierTrust.org.uk. 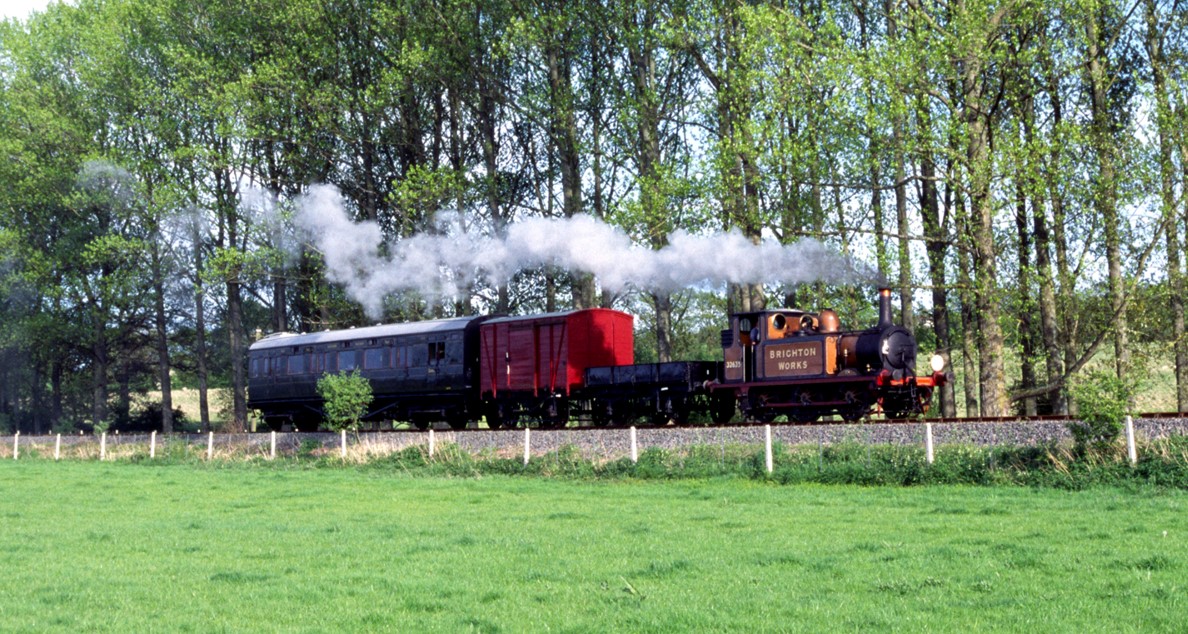 As well as sporting the striking Victorian-era livery last worn by the loco over 120 years ago, No. 70 will receive dummy condensing pipes and the smokebox wing plates during its current overhaul which is being carried out under contract by North Norfolk Railway Engineering. “Poplar” featured these fittings when first outshopped in 1872 – the first Terrier to be constructed and one of the first batch to enter service.

The A1X smokebox and unique K&ESR bunker won’t be replaced however, “The aim is to conjure up the general appearance of the locomotive in her original 1872 livery,” explained Graham. “We will achieve a far greater degree of authenticity in 2024 when the loco will be turned out in another livery she has never worn in preservation” he added. That livery is K&ESR deep green lined with straw and black which she carried following an overhaul at Brighton in 1947.

K&ESR Chairman, Simon Marsh, said “2024 will mark the 50th anniversary of the re-opening of the K&ESR and having the line’s oldest surviving locomotive and one that has been resident since 1901 is an alluring prospect.

“Terriers are synonymous with the Kent and East Sussex, so we're looking forward to finalising the contract with NNRE as soon as is realistic given the current coronavirus circumstances” he added.

“On going donations are vital though”, he stressed, “like so many other heritage railways and tourist attractions the enforced closure has impacted our visitor income and our ability to raise funds for projects such as this.” 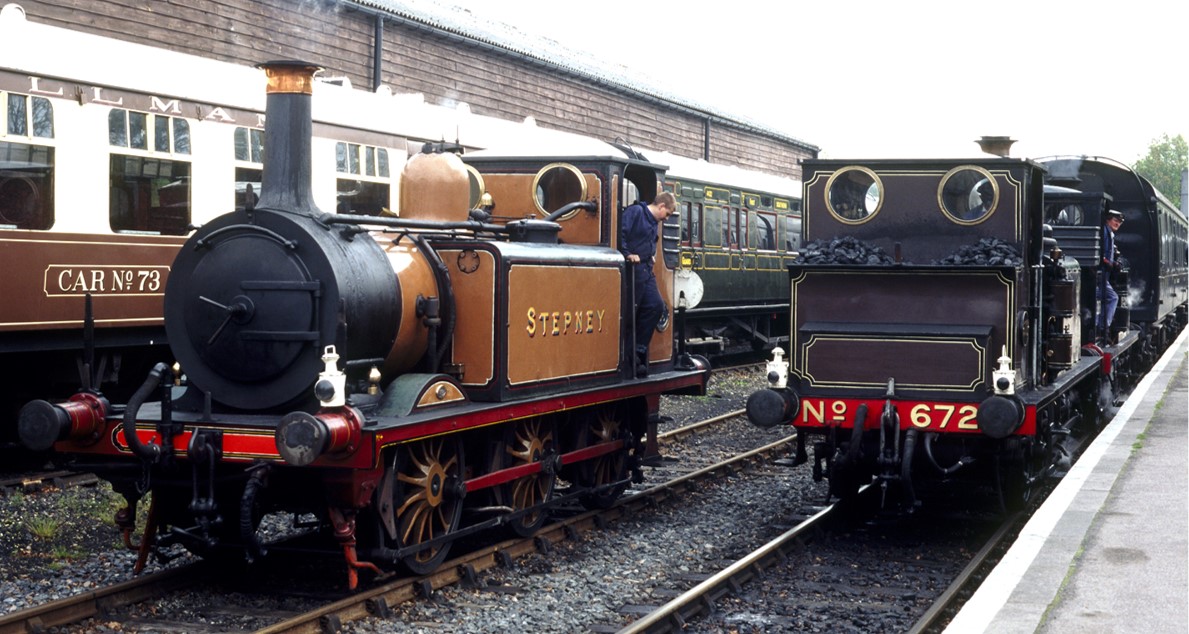 Photos show: Stepney at the All Terriers Great And Small event in 2006 and as Brighton Works shunter 32635 on a photo charter following the gala. Subject to fundraising continuing to keep pace with the overhaul work, a Terrier in Improved Engine Green will again grace K&ESR metals in 2022. Photos courtesy of  Hugh Nightingale.