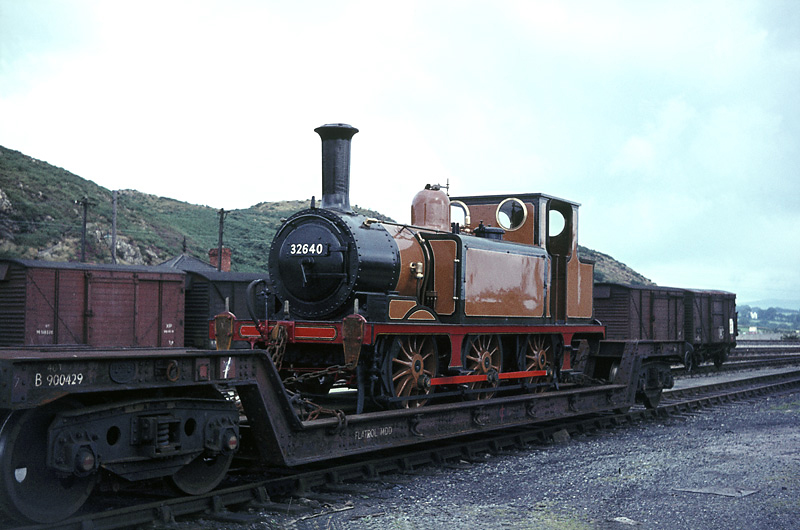 In the 1960s holiday camp operators, Butlins purchased several locomotives for display at their venues, 32640 (formerly No 40 Brighton and W11 Newport) was sent to Pwllheli and is seen en-route at Pen-y-Chain on 8th August 1964. © Geoff Plumb

The locomotive is now at the Isle of Wight Steam Railway