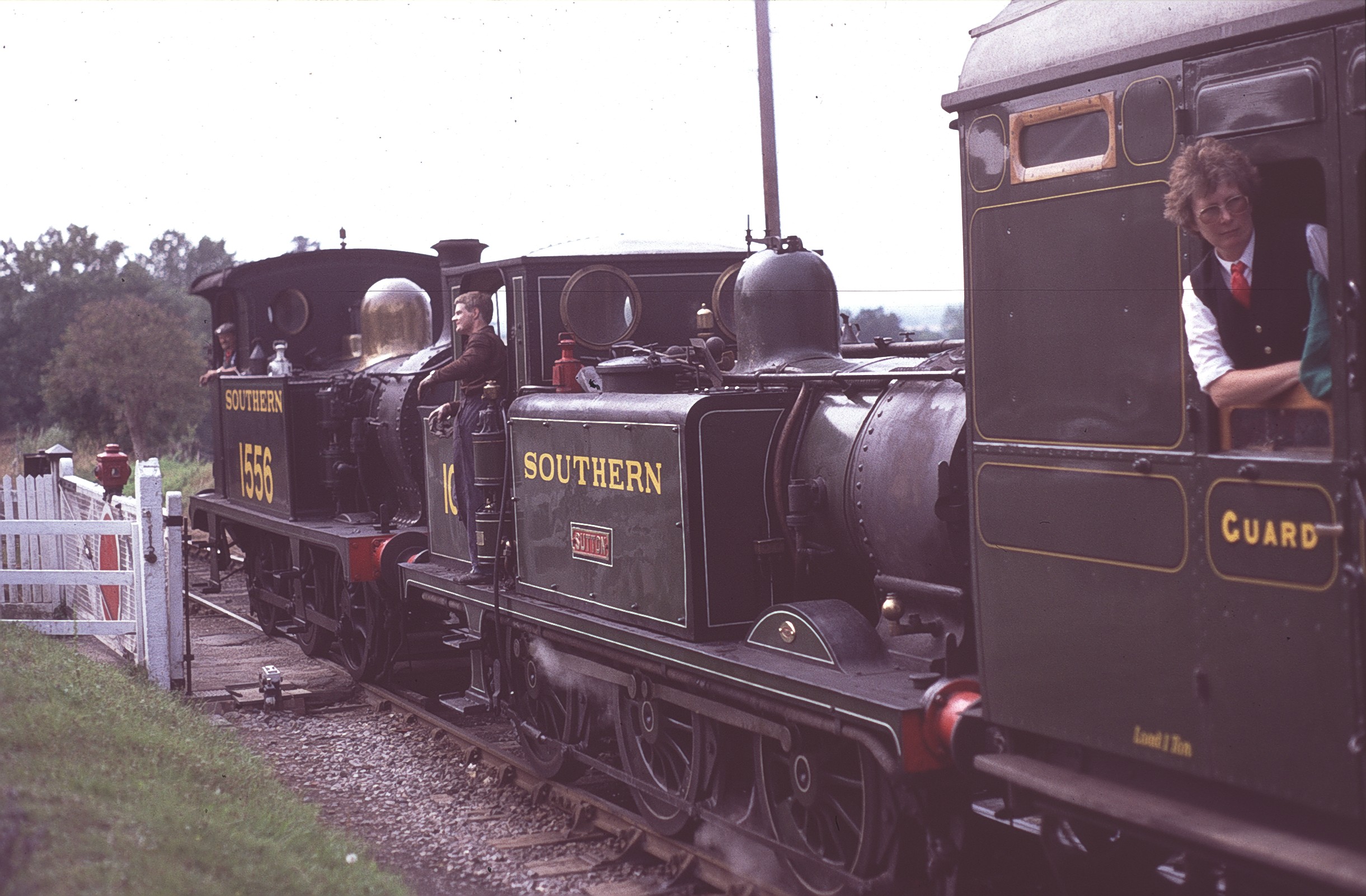 P-class 1556 and Terrier No.10 "Sutton" double-head a Northiam-bound train out of Tenterden Town Station on the K&ESR. Both locomotives were sporting Southern Railway colours with No 10 in Isle of Wight style livery but retaining her Sutton nameplate as the locomotive is owned by Sutton Borough Council.  The P Class often worked on the K&ESR (in the company of Terriers) in the 1940s and the livery matches the one she wore at that time. 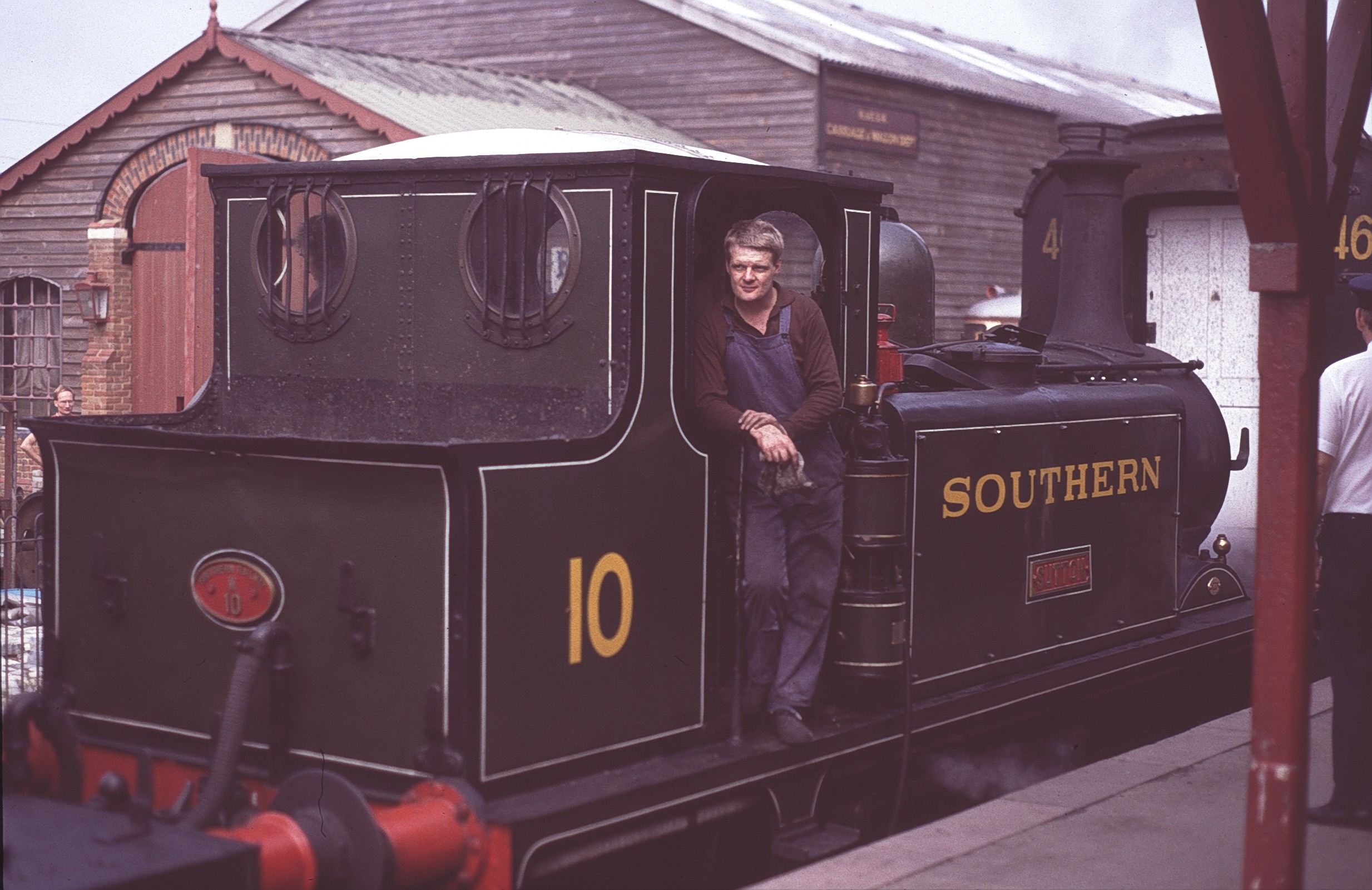 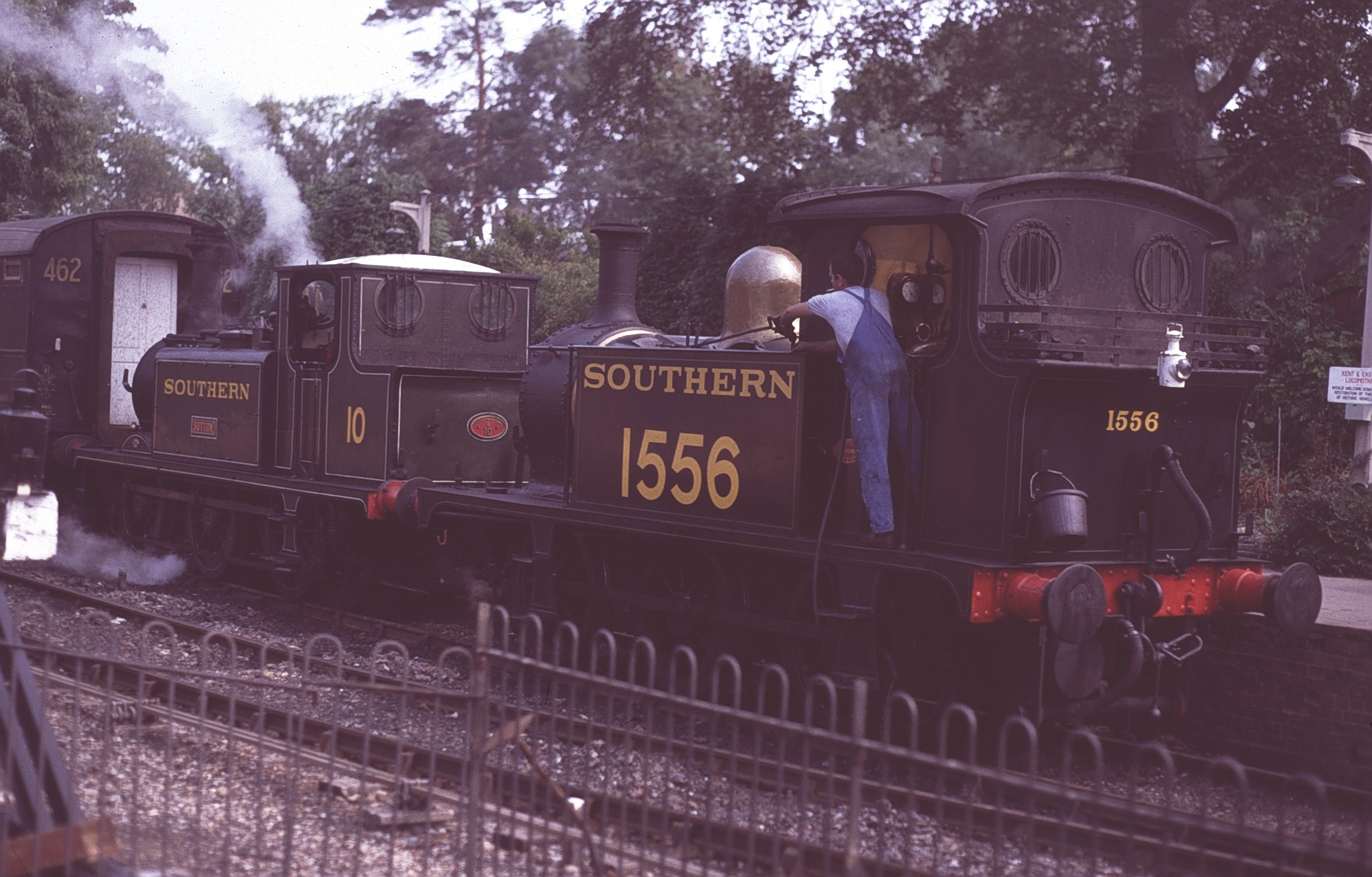 Sutton has since moved to the Spa Valley Railway where a protracted overhaul continues.