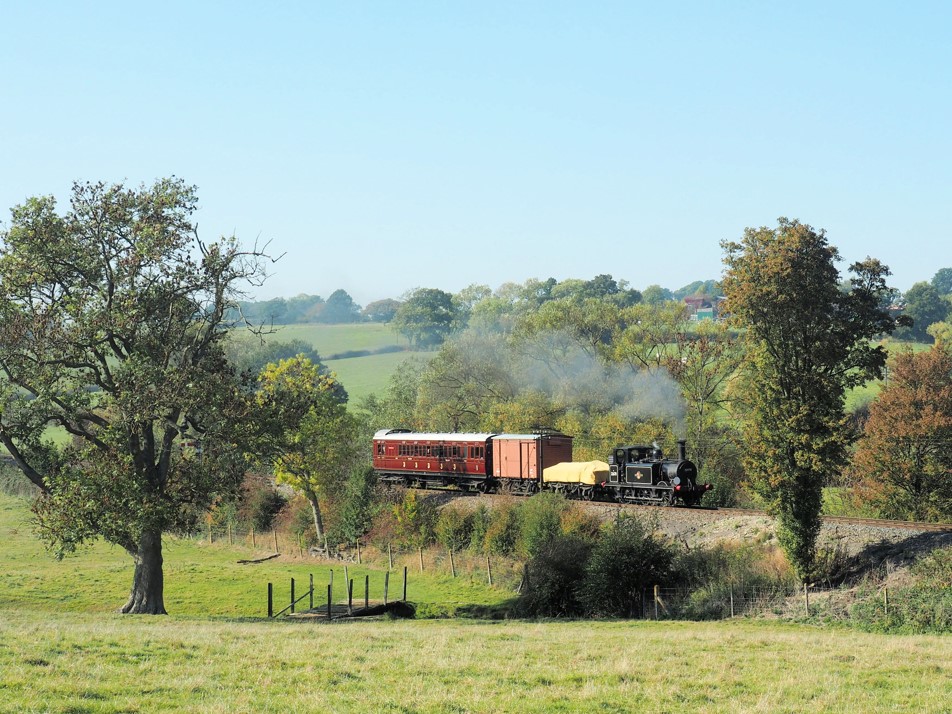 Locomotive No 32678, one of two “Terriers” owned by The Terrier Trust CIO (TTT) and resident on the Kent & East Sussex Railway is to undergo a thorough overhaul at the line’s Rolvenden locomotive works, commencing before the turn of the year and expected to take six to seven months.

The 1880-built locomotive’s final duties before withdrawal will be away from her home base as she will be the star attraction at the Avon Valley Railway’s end of season gala on 10 and 11 November, the first time a “Terrier” has visited the Bristol line and 32678’s first trip away from the K&ESR for over a decade.

TTT Trustee, Graham Hukins, commented, “We are delighted that the K&ESR has identified a small window in their workshop schedule that should see a speedy return to service for 32678. The extensive refurbishment of the motion during the last overhaul in the late-noughties and the significant boiler work, including a full retube, undertaken in early 2017, means the locomotive is in relatively good condition so we hope to see her back in action towards the end of next summer.”

Shaun Dewey, K&ESR General Manager, added “Terriers have long been synonymous with the Kent & East Sussex Railway so we are very keen to ensure we have at least on available for traffic. Fast-tracking 32678 is the best way to achieve that.”

32678 has seen regular use in recent years, often at the head of the K&ESR’s train of magnificently restored vintage carriages or hauling a recreated “mixed” train of passenger coaches and goods wagons – another pre-preservation feature of the K&ESR. Being very different to the majority of services on the line, both are very popular with passengers.

The locomotive is also a favourite for photo charters and filming, most recently being used to film sequences for a national TV documentary due to be aired in early in the New Year.

The Trust’s second Terrier, No 3 “Bodiam”, remains in store at Rolvenden awaiting overhaul, with TTT and K&ESR determined to have her back in action in time for celebrations to mark her 150th birthday in 2022. Pressure to overhaul the larger locomotives that are the mainstay of the K&ESR’s services means that the necessary work is likely to be undertaken offsite by specialist contractors with the K&ESR managing the contract.