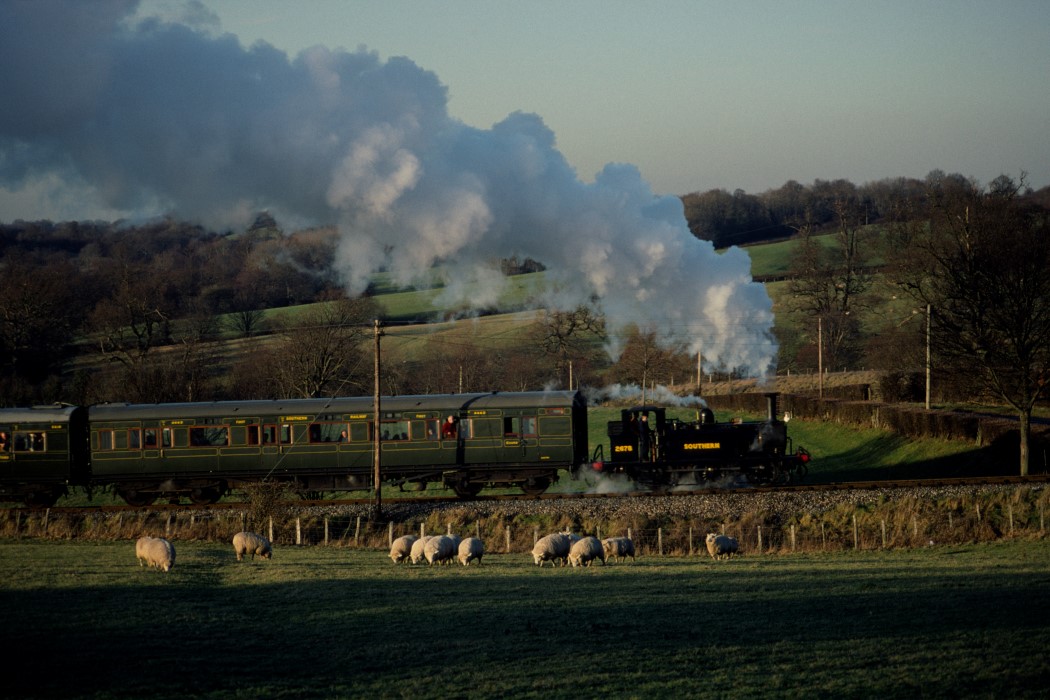 News and updates on the restoration of 2678 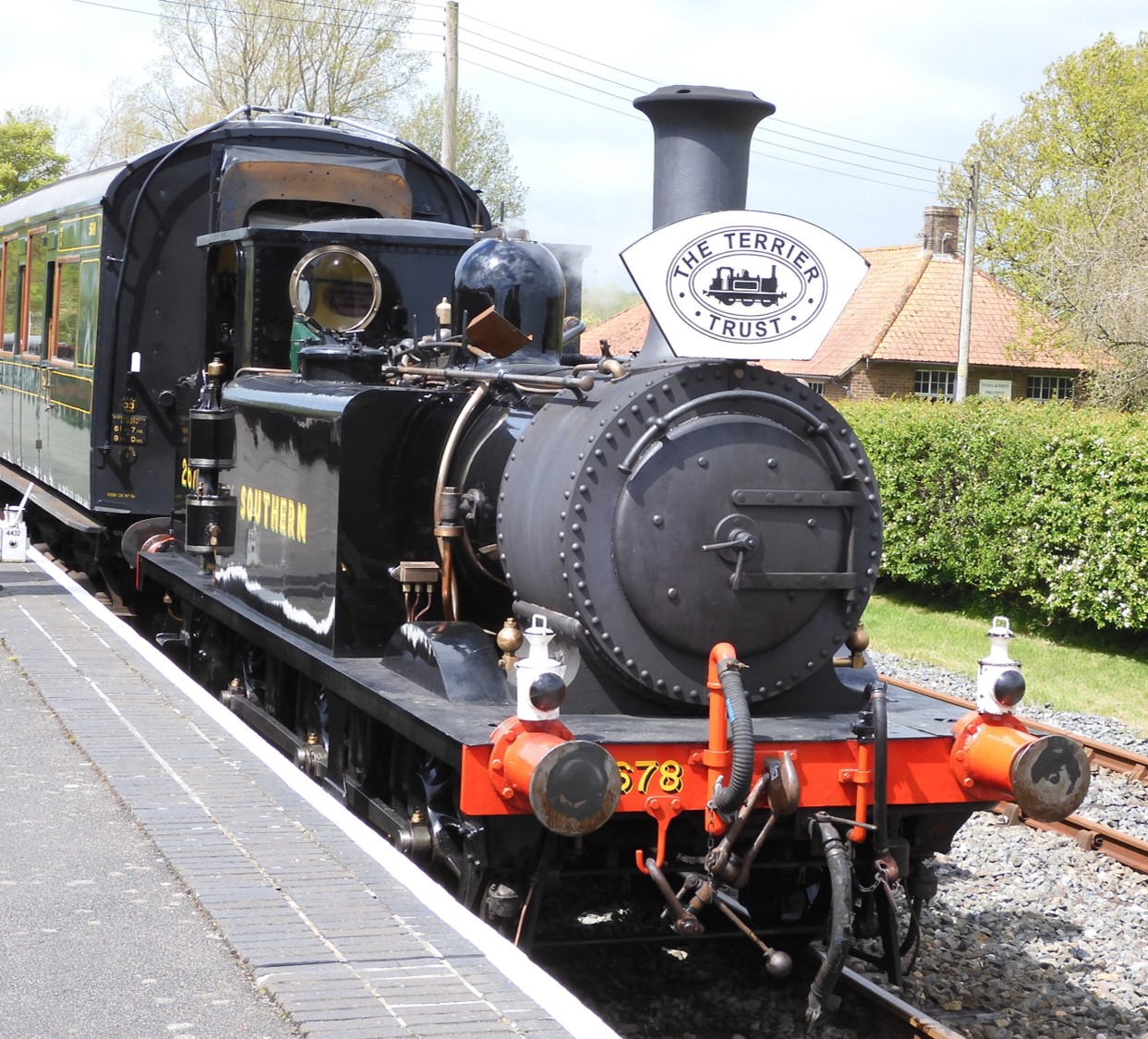 See more in News section, including 2678's journey to theIsle of Wight 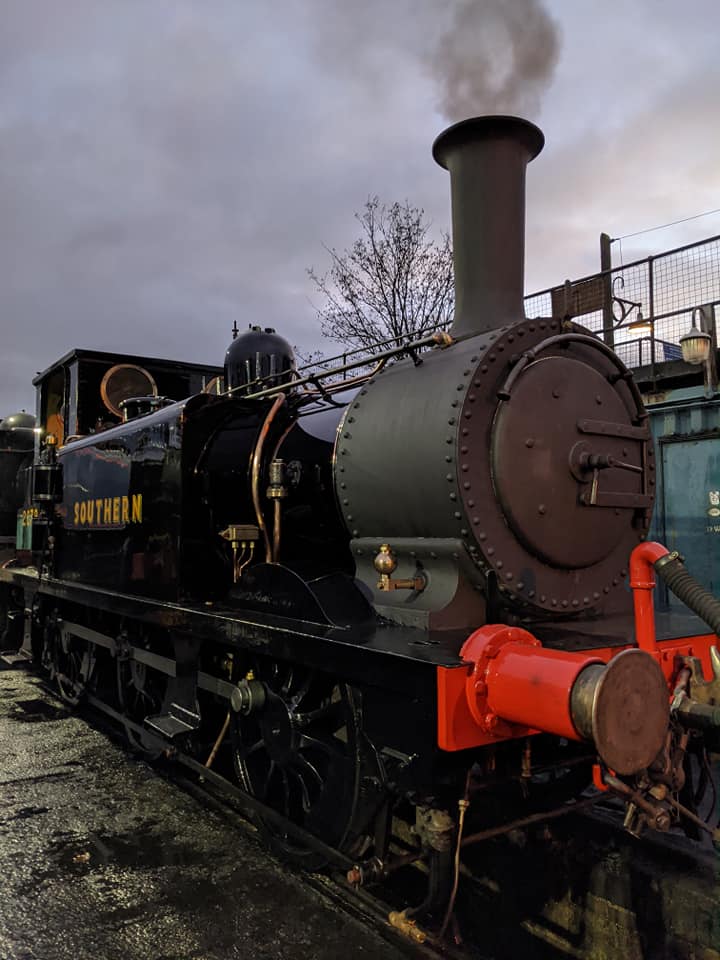 2678’s return to service took a big step forward on 17 November when the 140 year old locomotive was moved from the Locomotive Shed to the yard at Rolvenden and a warming fire lit in readiness for testing. 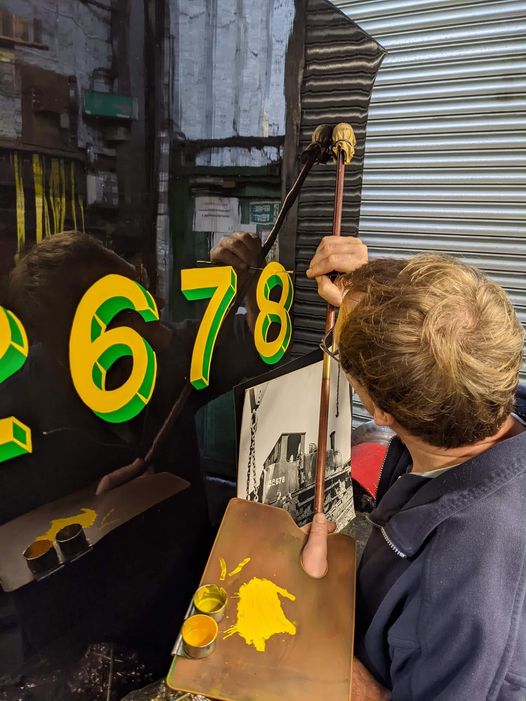 The Victorian veteran looks stunning in the 1940s “Bulleid” Southern livery of unlined black with sunshine lettering. The Trust extends its thanks to Dan Dickson, Liam Head and the rest of the team at Rolvenden that have worked on the overhaul including Richard Stone who was responsible for the mirror finish on the paintwork and Matt Green who carried out the signwriting. 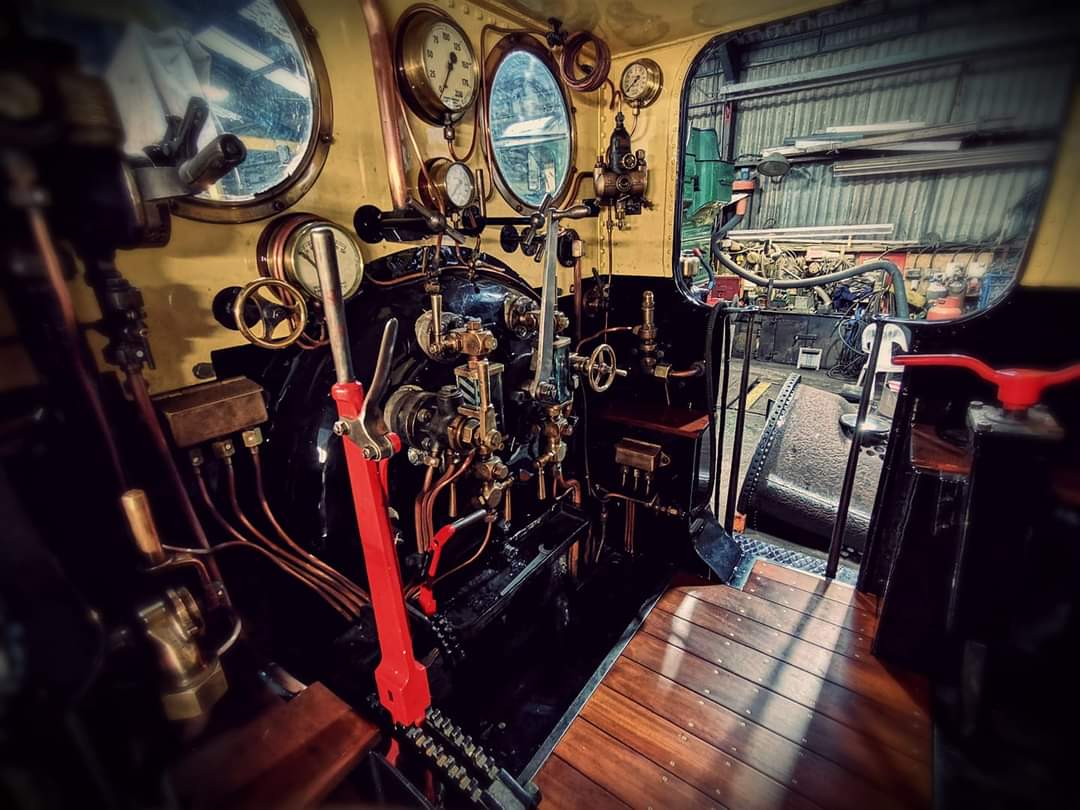 Final testing and running in is expected over the next few weeks in readiness for a formal return to service which Covid restrictions mean will likely be early in the New Year.

A new dome to replace the original cracked one is on order, in the meantime, the Bluebell Railway has kindly loaned the one from sister locomotive, Fenchurch. 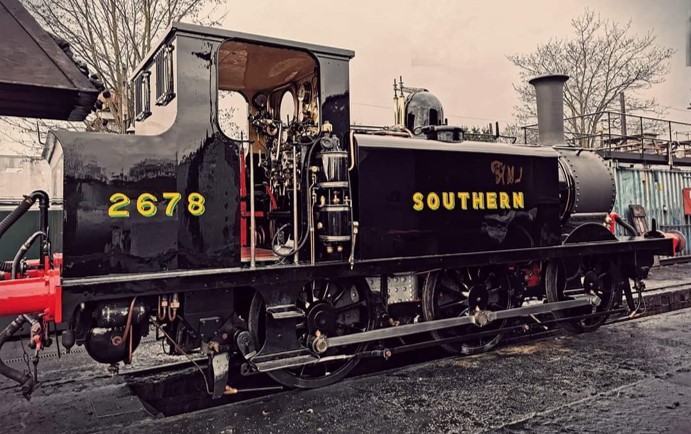 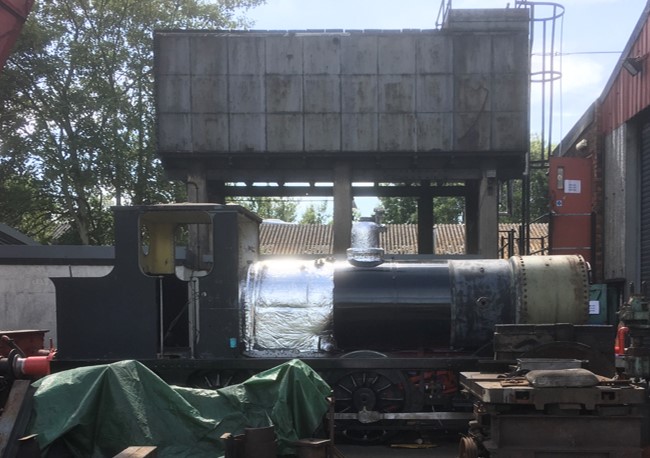 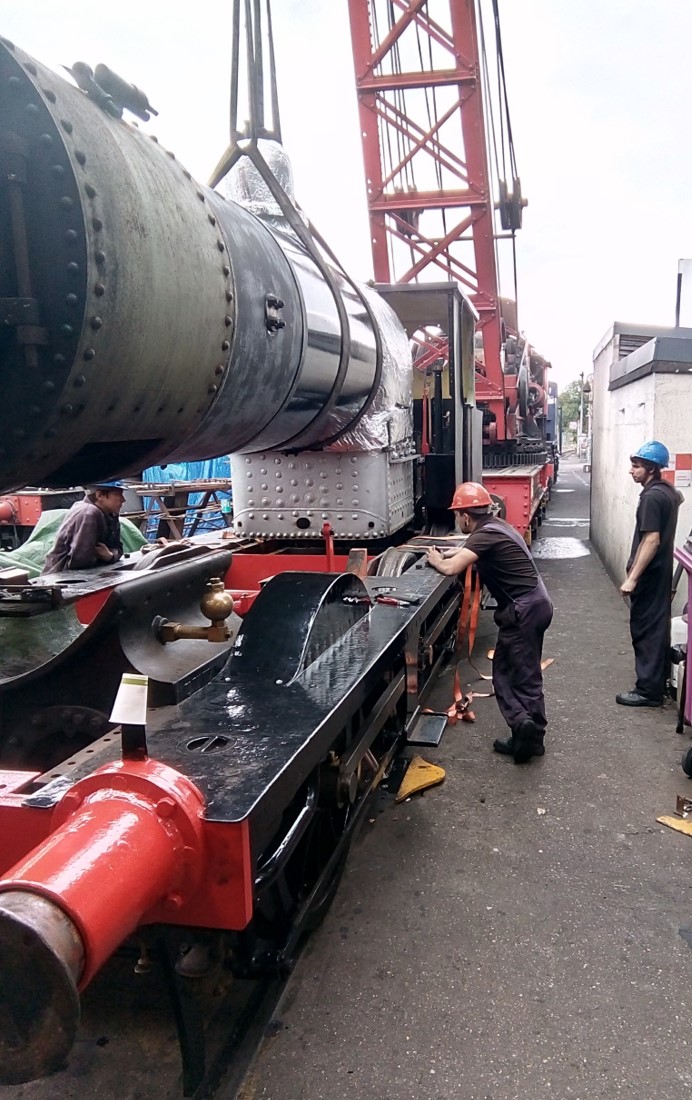 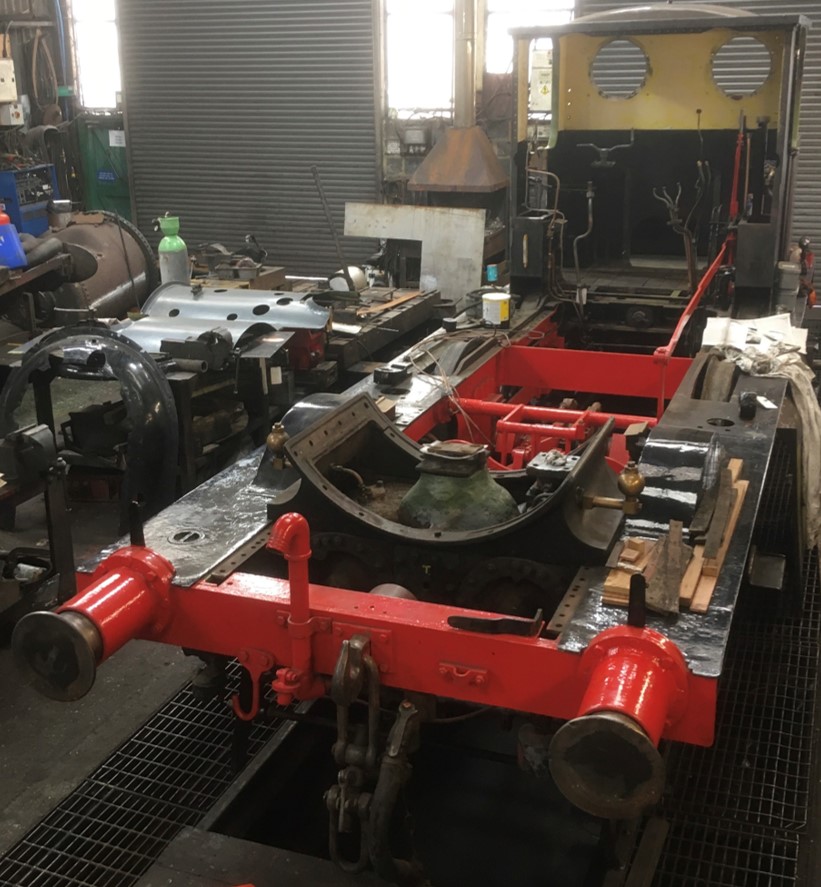 We’re delighted that work on 2678 has resumed at Rolvenden works and while the priority is currently getting the serviceable locos back into traffic ready for the K&ESR’s resumption of services in July, further painting has been carried out as the frames and motion await the refitting of the boiler.

Some further detail on the steam test carried in March. This identified a leak from the dome. The original (on ground in silver) turned out to have a long crack between the mounting holes and the bell of the dome.

The K&ESR had a spare dome (on ground, left in green primer) which was thought to be from a Terrier but didn’t fit! Does anyone know which loco it might be from?

Until one can be manufactured, we are grateful to our friends from the Bluebell Railway for the loan of the steam dome from terrier ‘Fenchurch’. The eagle-eyed will spot that this dome is smaller, being originally for an ‘A1’ boiler rather than the later ‘A1X’ type but has been fitted with an extension piece. The new dome will be funded from the Terrier 150 Appeal being run jointly by The Terrier Trust and K&ESR to fund the overhauls of 2678 and No 3 Bodiam in time for the anniversary of the class in 2022 - DONATE NOW.

Meanwhile, the tanks are due back shortly from the contractor in Southampton and then a start can be made on reassembly. 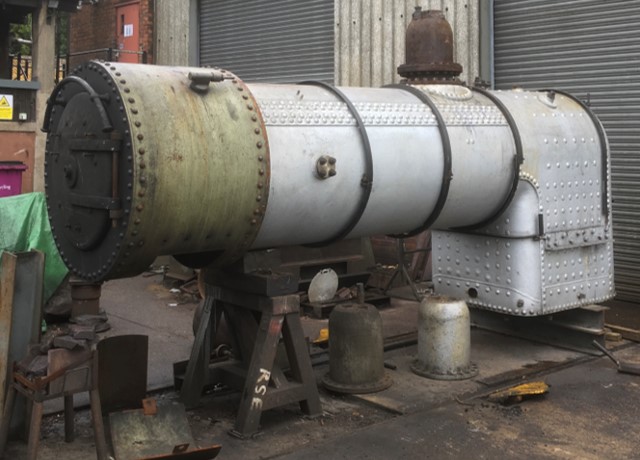 The lockdown in response to coronavirus has slowed work in April and delayed updates here but good progress was made in February and early March. 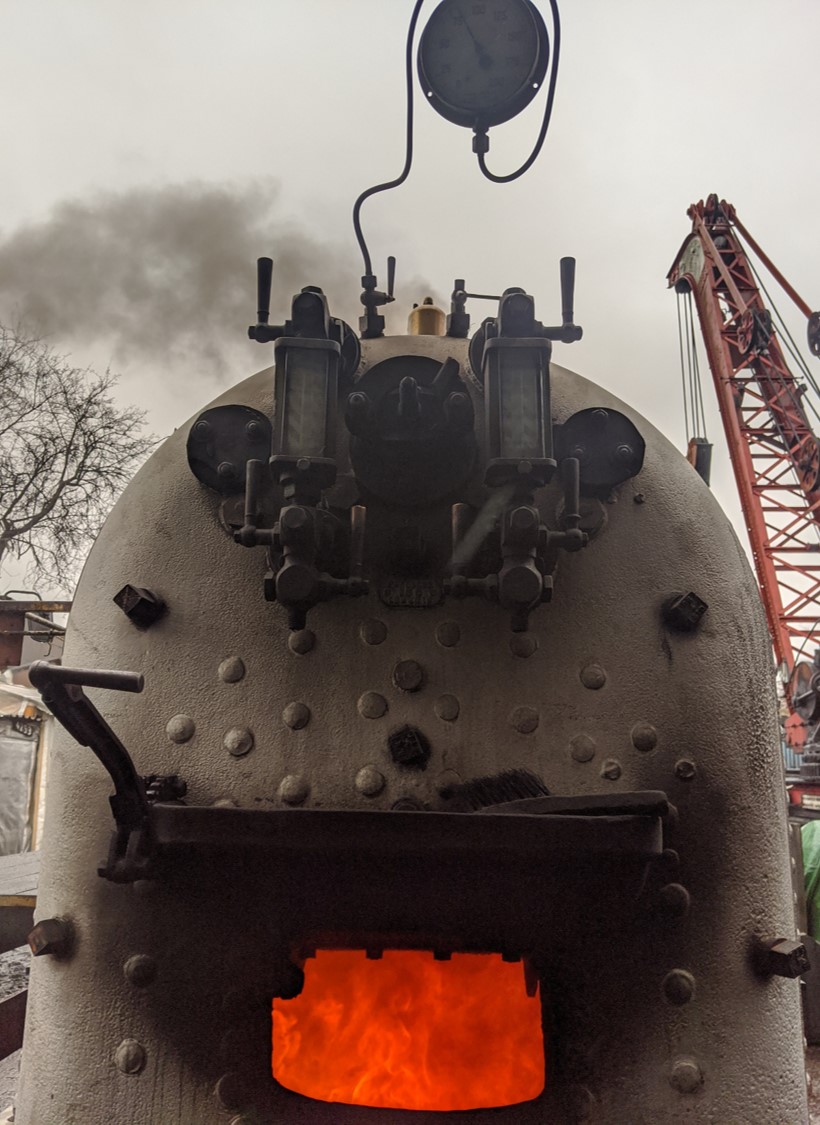 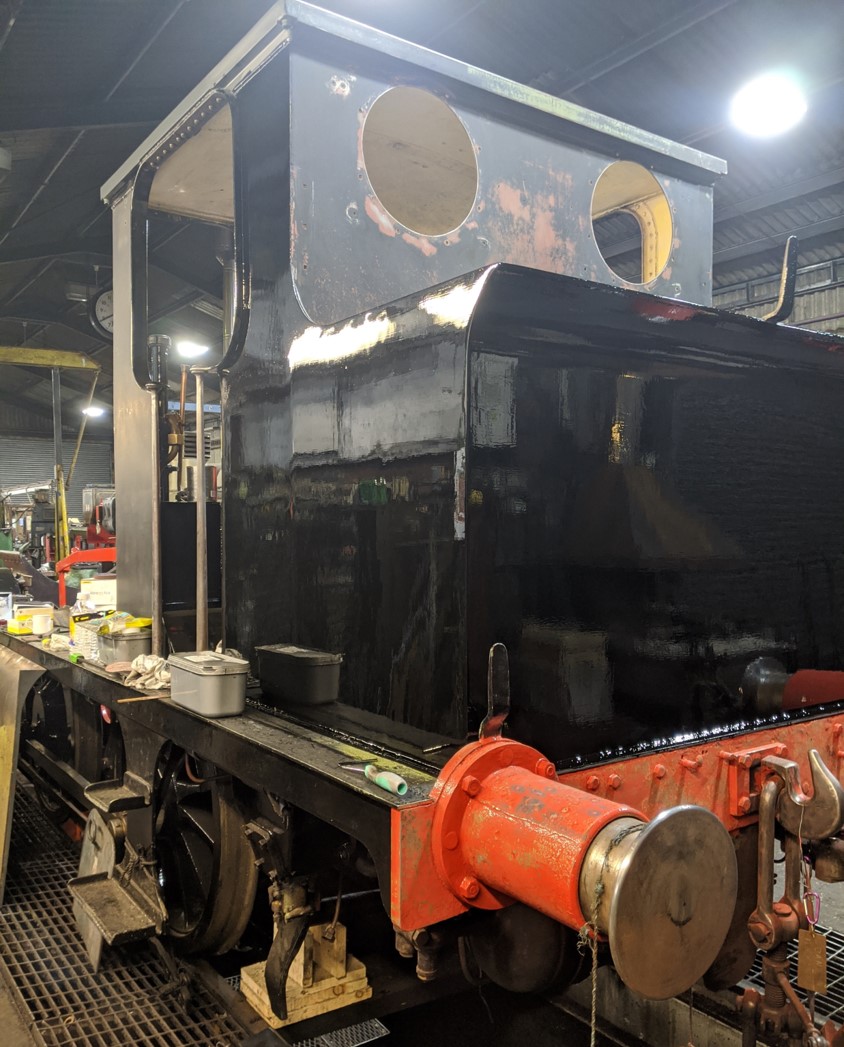 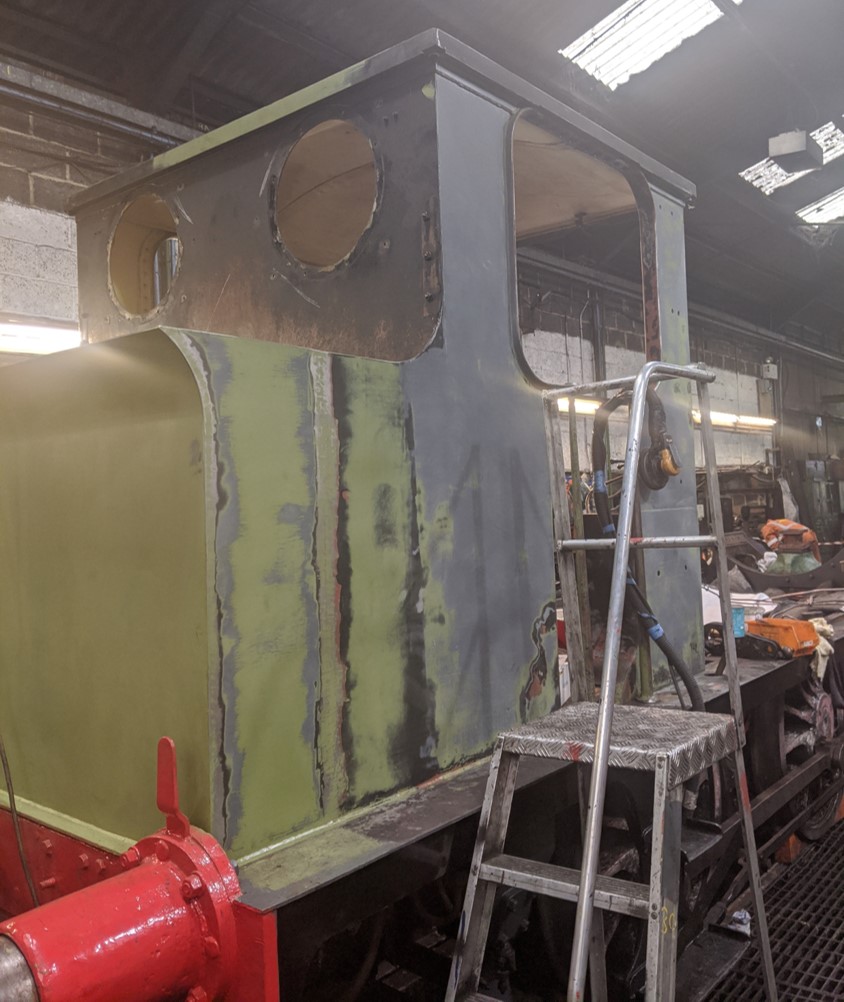 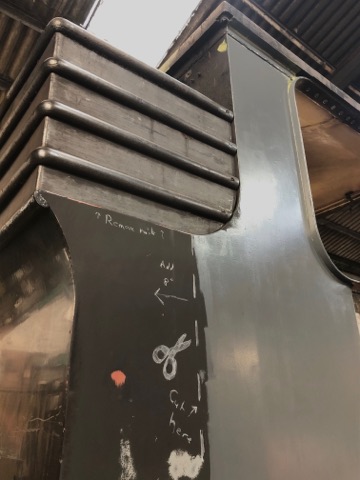 Cut along dotted line!  The preservation-era bunker about to be removed - 7 February 2020. Photo © Andy Hardy

2678 on Schedule for Spring Return To Steam Shed staff and volunteers at the Kent & East Sussex Railway’s Rolvenden Loco Works are making good progress with the overhaul of locomotive 2678 in readiness for the popular “Terrier” Class engine to make a return to traffic this spring – 80 years after the 1880-built veteran first arrived on the line. FULL STORY HERE 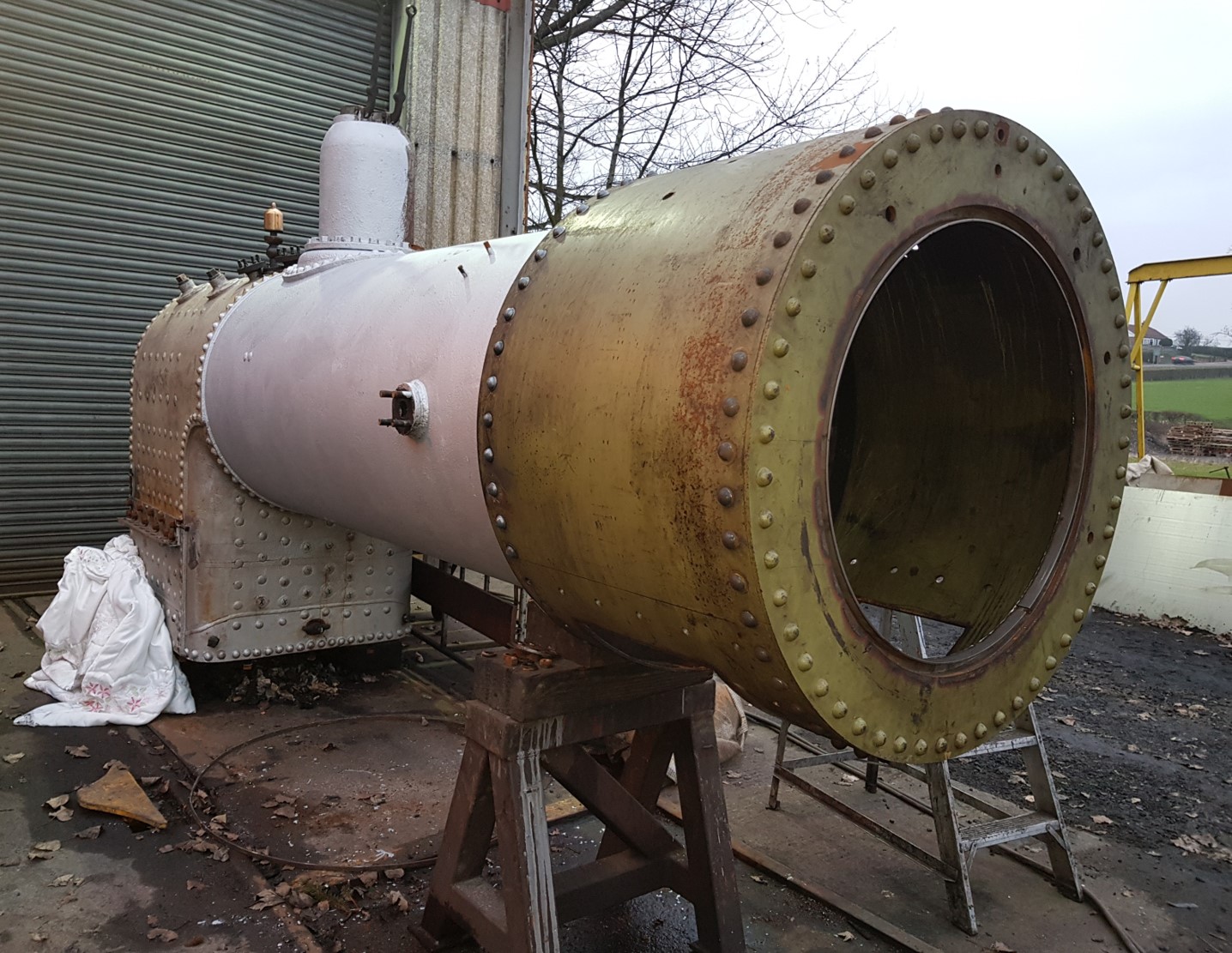 Funds are still needed to allow momentum to be maintained.

The old boards from the cab floor have been removed and the metalwork underneath thoroughly needlegunned to removed the accumalted coal dust and other debris. 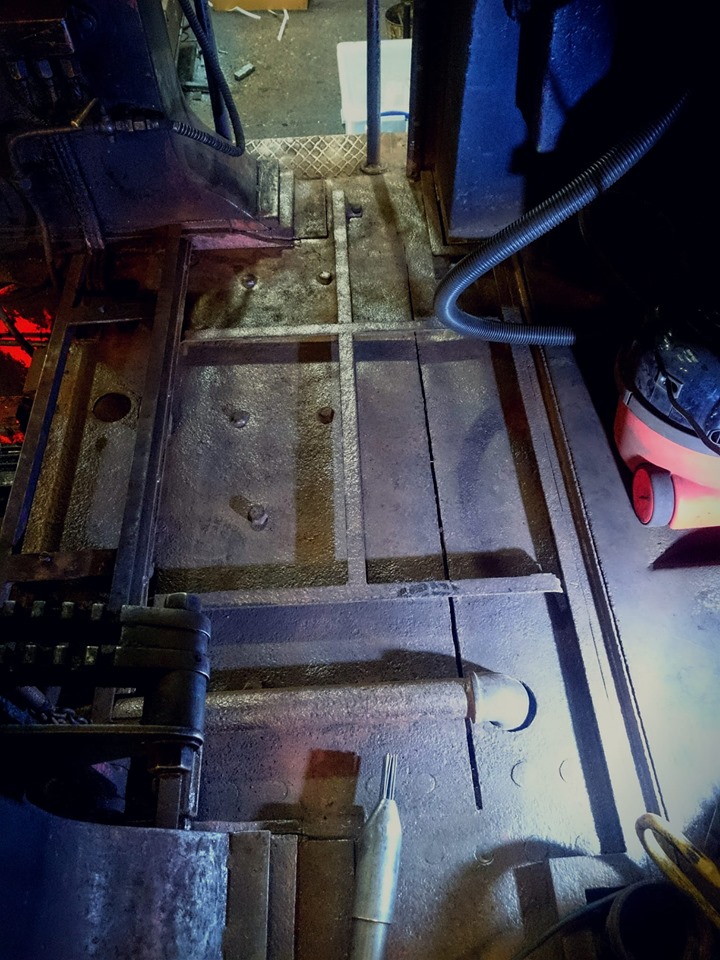 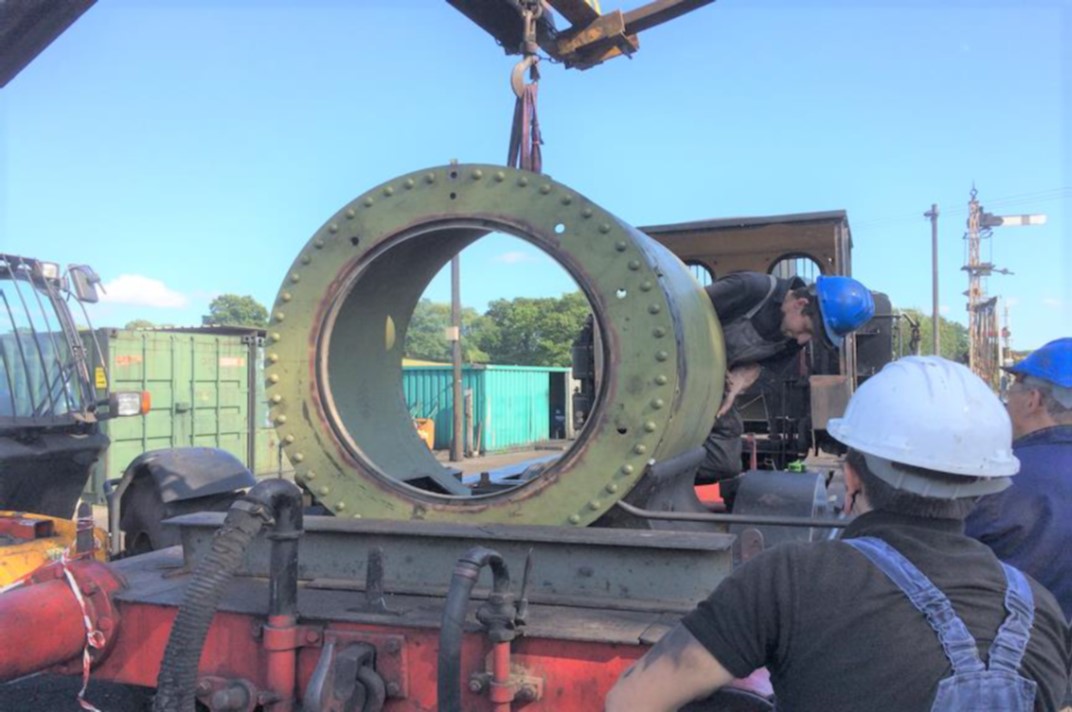 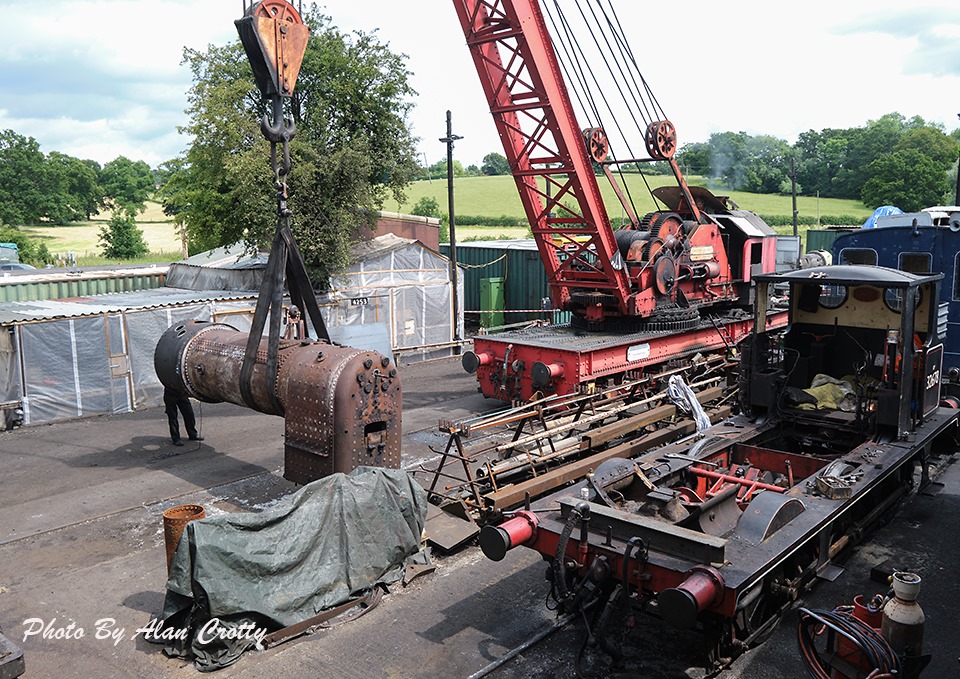 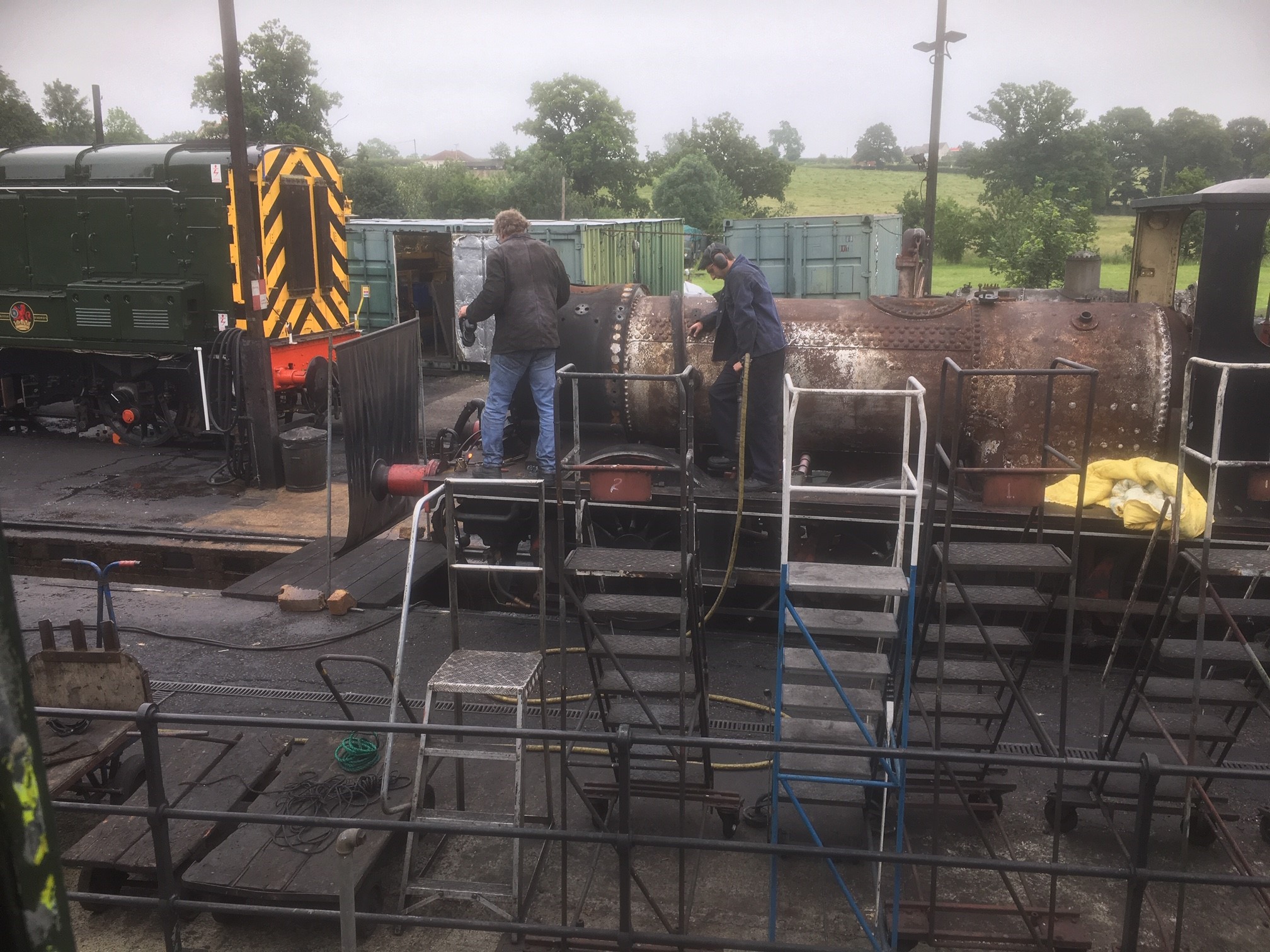 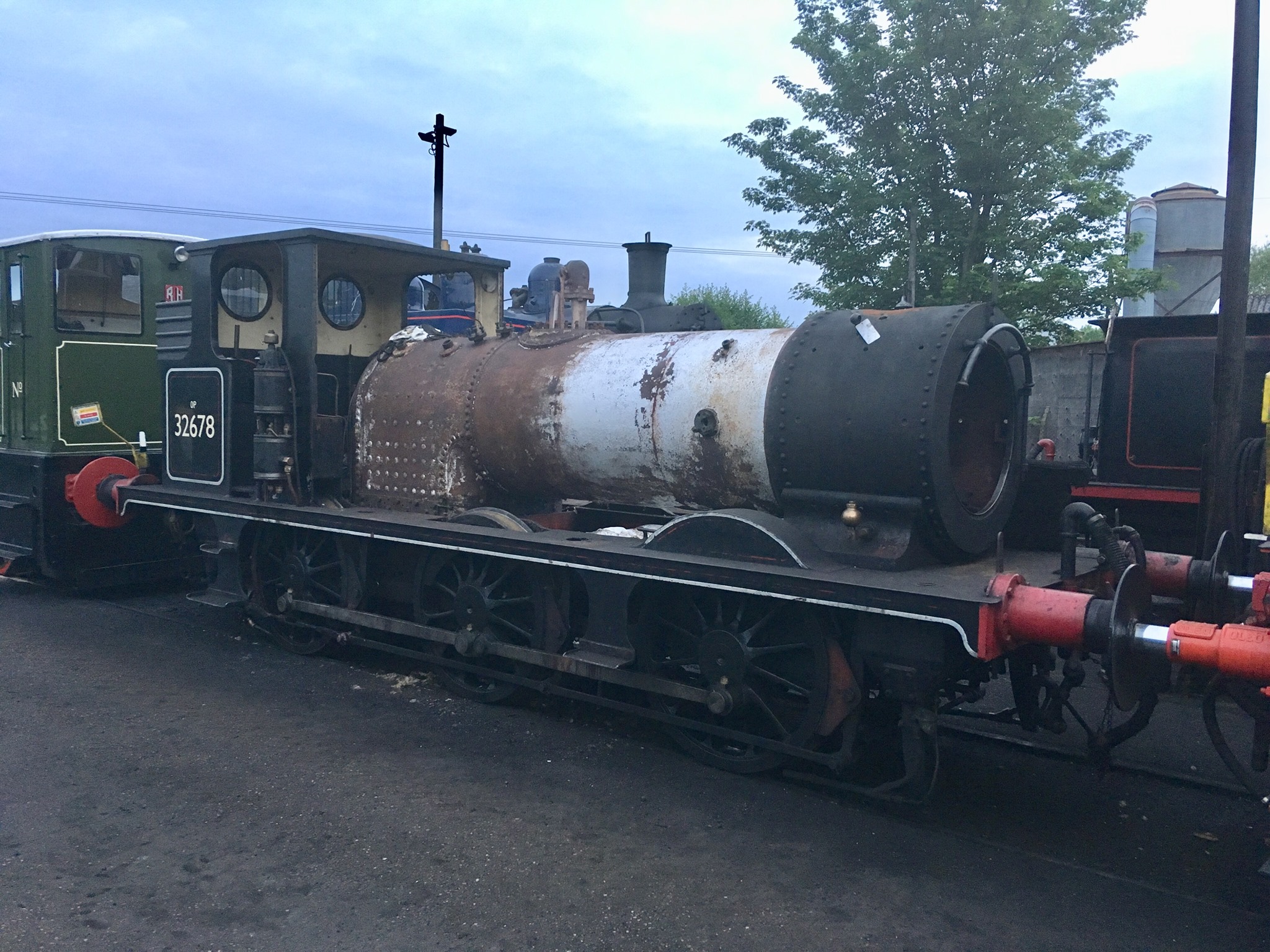 Terrier Trust members visited Rolvenden following the Trust's AGM on 11 May to see progress on 2678 first-hand.  Dismantling is proceeding apace with tanks, dome, chimney and part of the cab removed in preparation for lifting the boiler out of the frames. 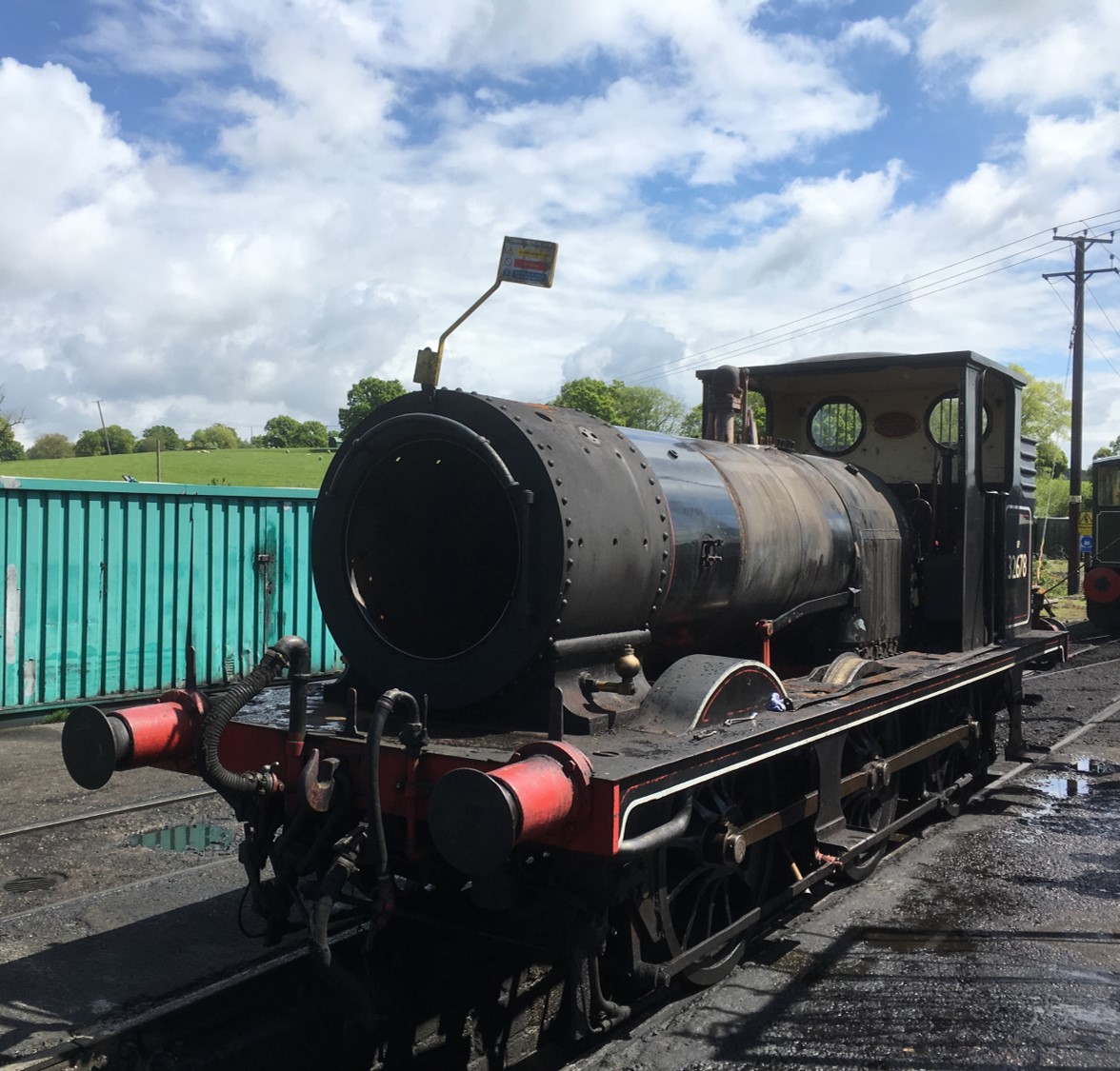 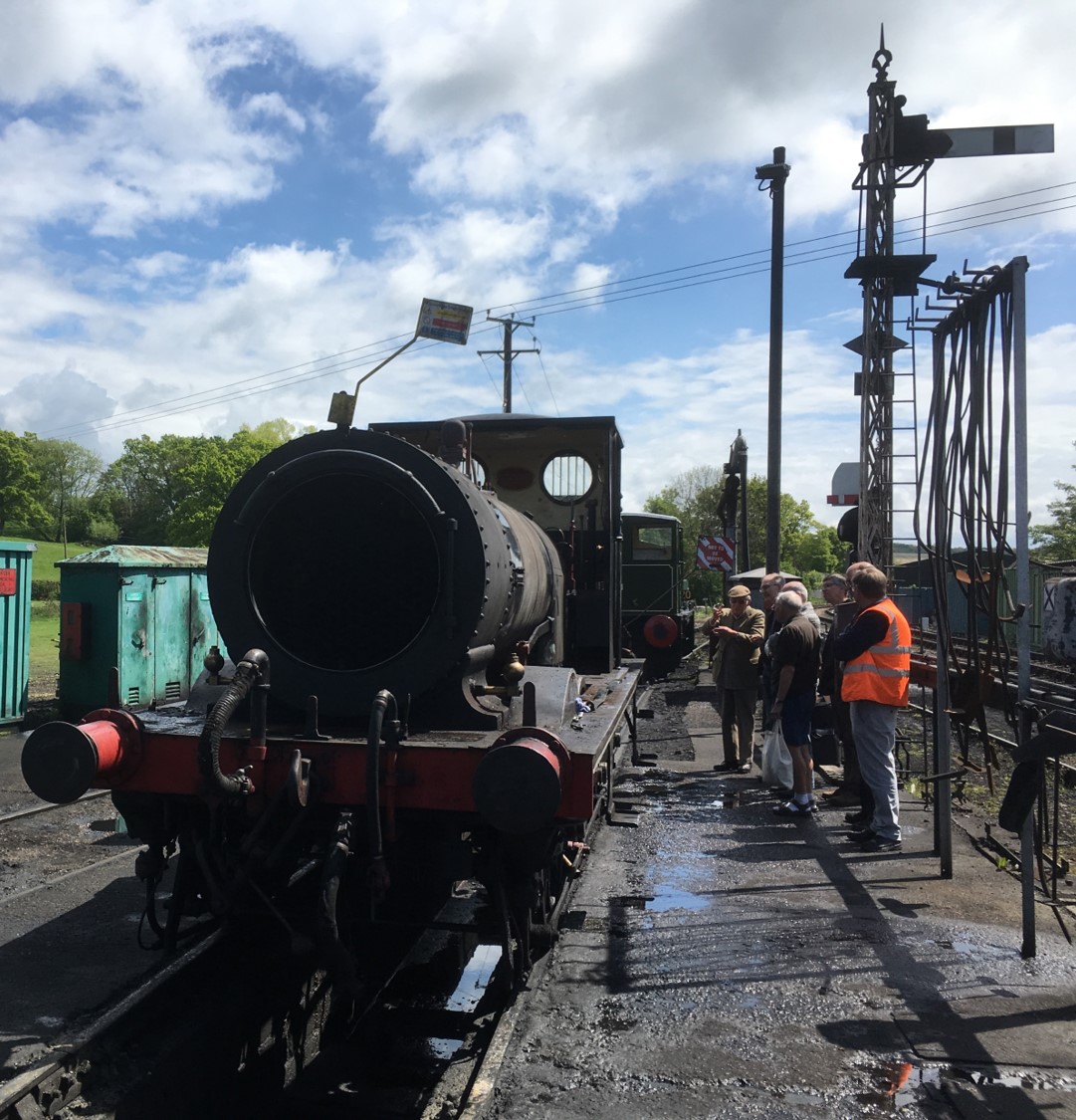 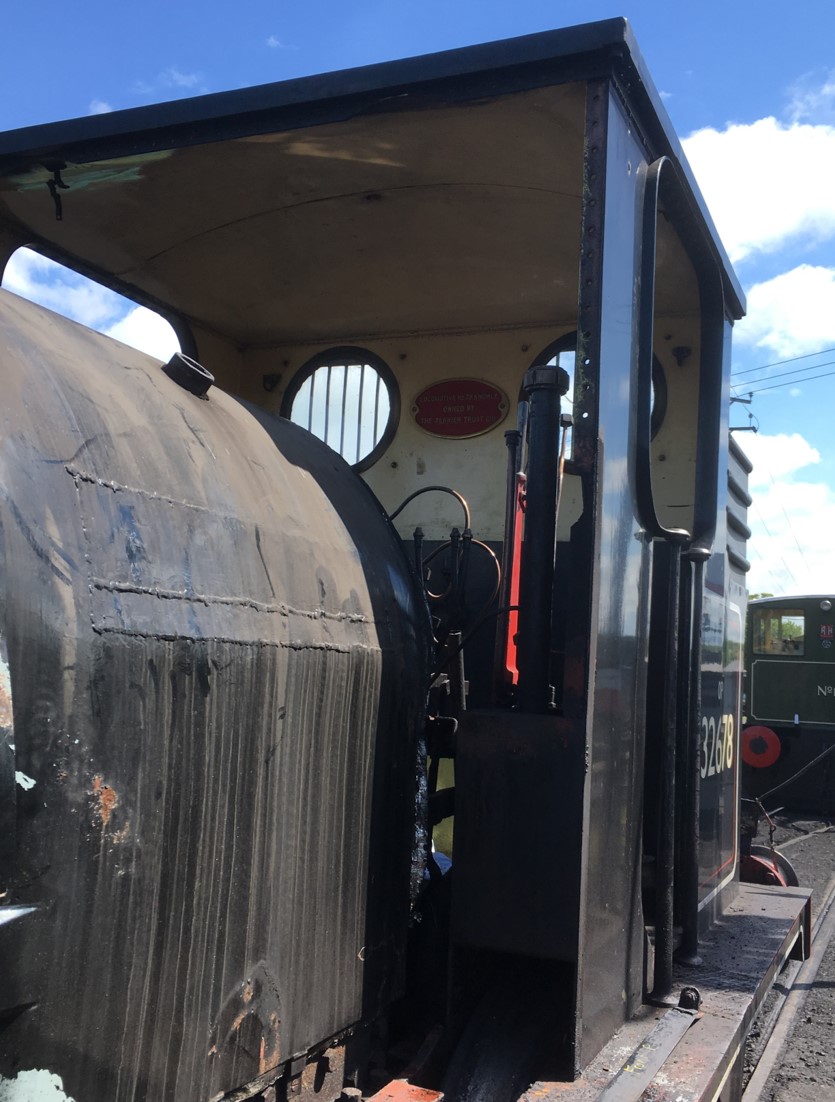 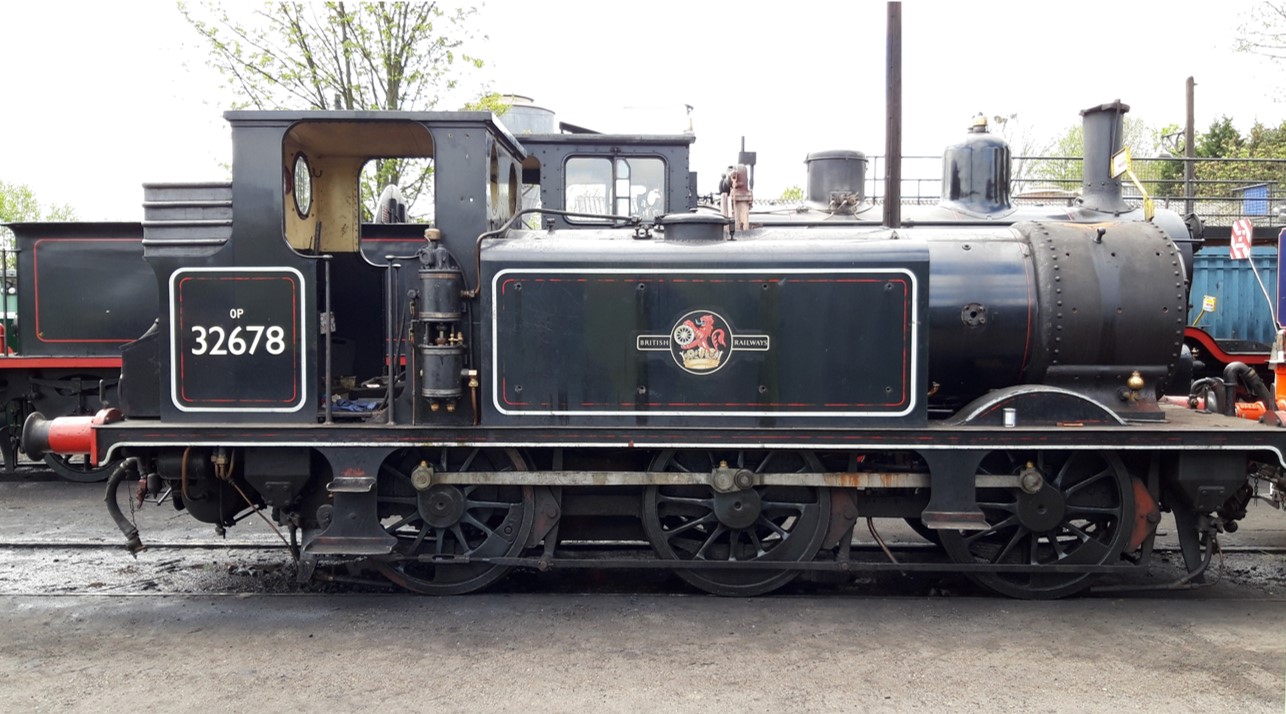 Staff and volunteers at the Kent & East Sussex Railway’s Rolvenden locomotive works have made a start on the overhaul of Trust's locomotive No. 32678 which should see the 1880-built Terrier return to service towards the end of this year - the first element of the exciting Terrier 150 initiative. 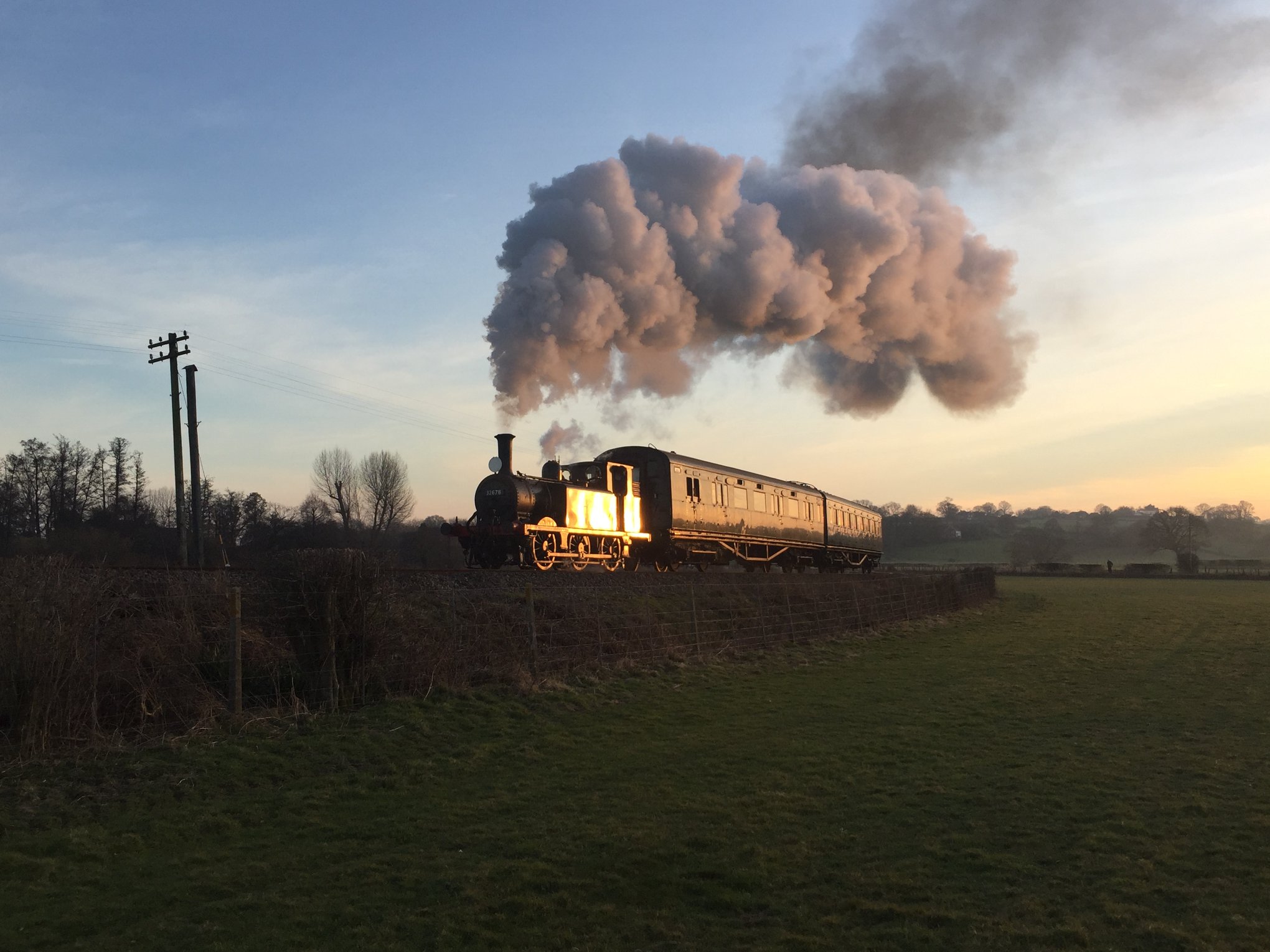 The sunset of 32678's previous spell in traffic came in late February. She is seen here rounding Orpin's curve near Rolvenden on 22 Feb 19. © Andrew Hardy