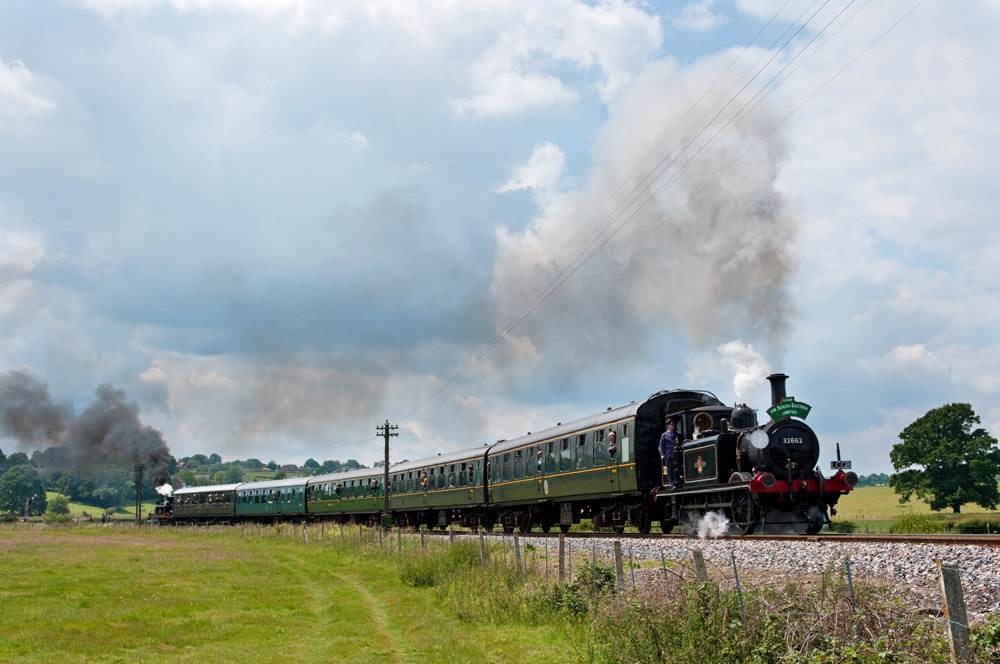 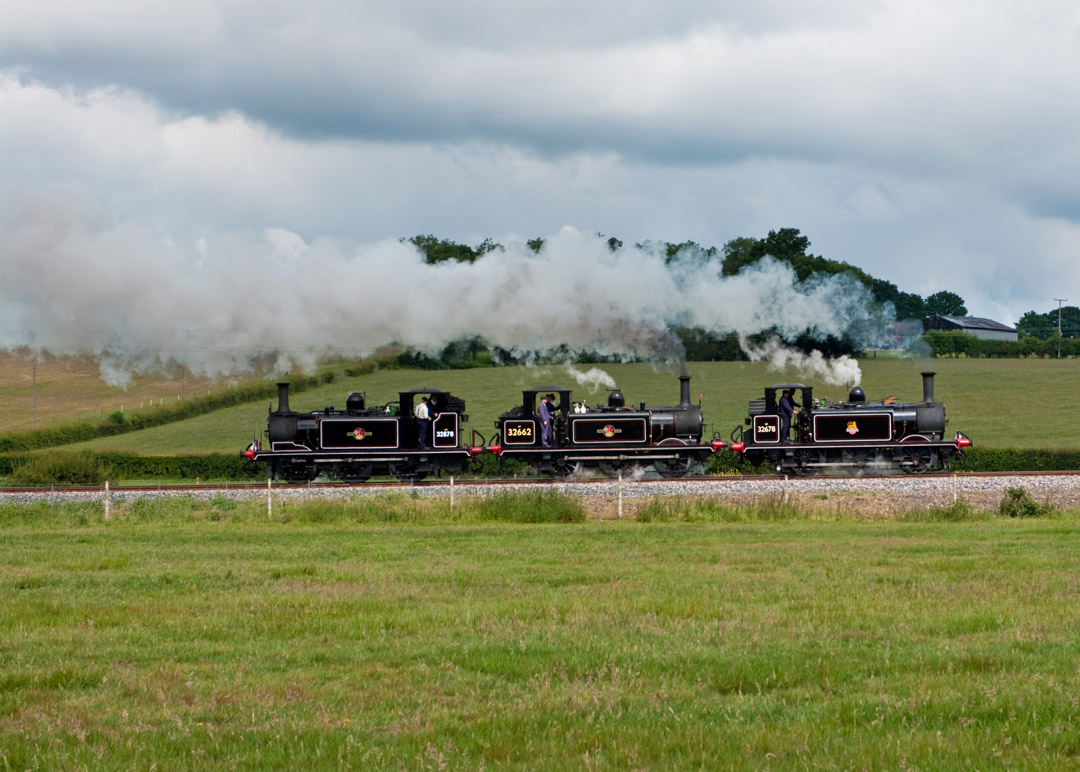 The 50th anniversary of the last train to be run over the K&ESR by British Railways on 11th June 1961, and the start of the preservation society that summer, saw Bressingham's "Martello" reunited with "Bodiam" - both in the BR livery they wor half a century earlier as 32662 and 32670 respectively.

In 1961, the plucky pair struggled to force seven packed coaches, including Pullman car “Theodora”, up the slippery notorious bank and progress that day was punctuated by a stall at Cranbrook Road crossing.

Fifty years on, five coaches loading around 80% in near perfect conditions proved much less taxing.

The main celebratory train, the 10.40am departure from Tenterden Town included a number of people who had travelled on the LCGB working in 1961, most notably 32662’s fireman Dennis Roberts. 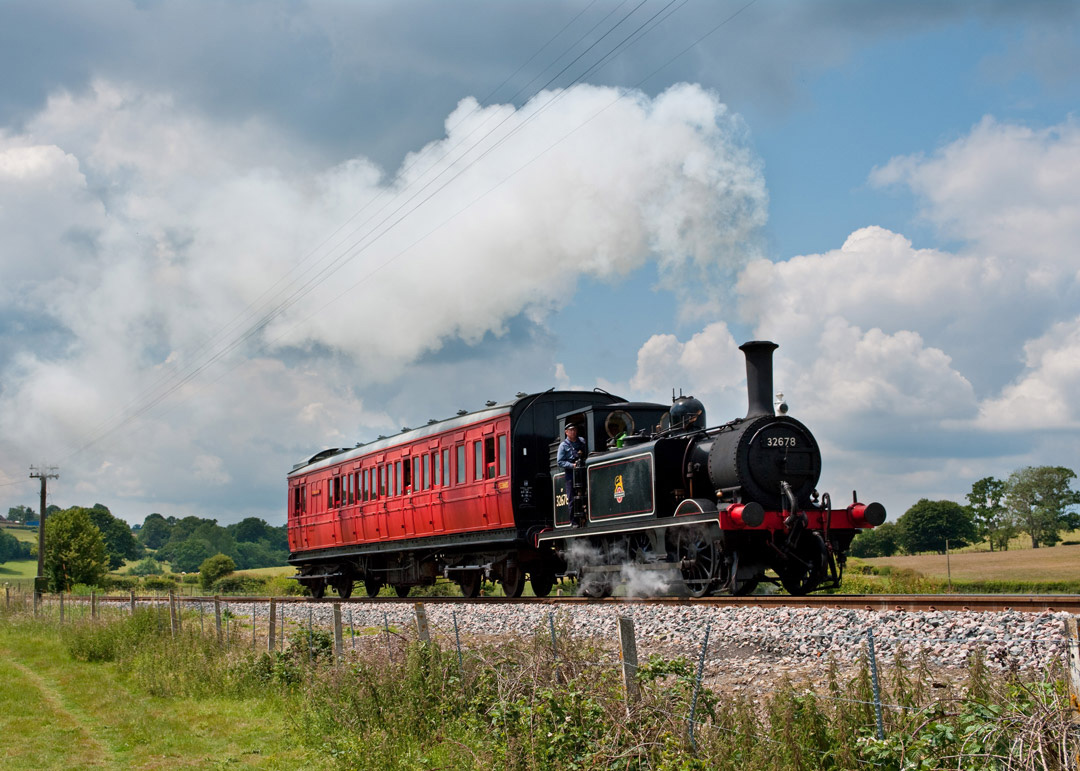 Resurrecting the old Tenterden Town to Rolvenden shuttles of pre-1954 using the birdcage proved a winner, with both 32678 and 32662 being serviced in this manner.  32670 was the only engine to work all three round trips.  Indeed the sight of 32678 heading back to Tenterden Town proved an excellent hors d’oeuvres to the main event shortly afterwards; both journeys being concluded in beautiful sunshine.

The P-class, 5753 worked the usual two trips with the Vintage train, calling at Wittersham Road in both directions on both occasions. 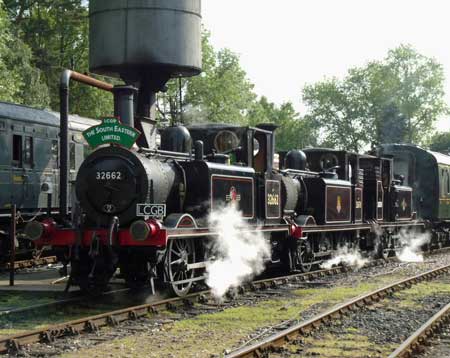 For the grand finale, the three Terriers formed up with 32678 the meat in the sandwich for a spectacular triple header that ran fast through Wittersham in the Down and Up directions.  Mid-afternoon precipitation had not inconvenienced 32678 and 32670 on the 2.20pm ex-Bodiam; five coaches proved merely a breeze for three of Brighton’s little marvels.